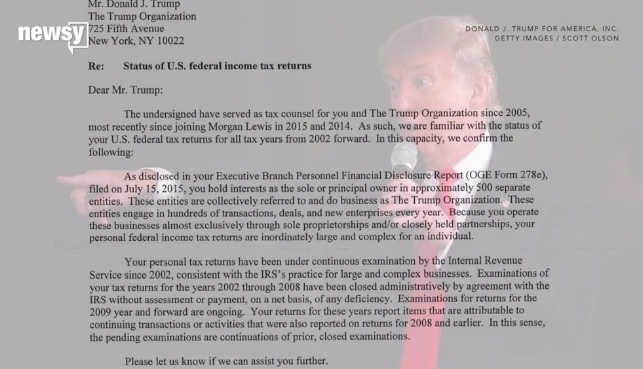 Donald Trump’s presidential campaign released a letter Wednesday evening that claims the GOP frontrunner’s taxes since 2009 are being audited by the Internal Revenue Service.

“Your personal tax returns have been under continuous examination by the Internal Revenue Service since 2002, consistent with the IRS’s practice for large and complex businesses,” reads the letter from Trump’s tax lawyers.

Trump has come under pressure in recent months to release his tax returns, especially after former GOP nominee Mitt Romney suggested The Donald is hiding a “bombshell.” The candidate, however, claimed he cannot release them during an audit—even though the IRS said he does not need to wait. Read more at CNN.