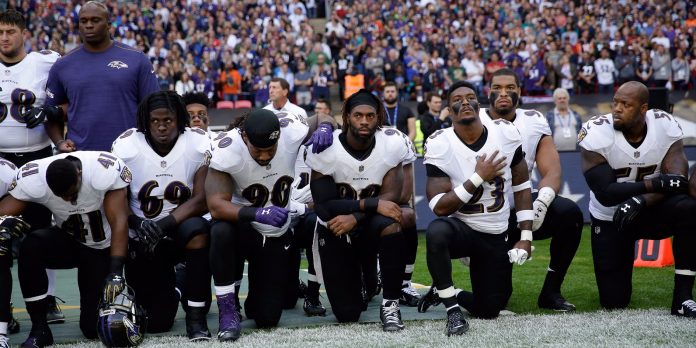 President Trump on Friday renewed his attacks on NFL players who protest during the national anthem, claiming they “wanted to show their ‘outrage’ at something that most of them are unable to define.”

“The NFL players are at it again – taking a knee when they should be standing proudly for the National Anthem,” Trump tweeted.

“Be happy, be cool! A football game, that fans are paying soooo much money to watch and enjoy, is no place to protest,” he continued. “Most of that money goes to the players anyway.”

“Find another way to protest. Stand proudly for your National Anthem or be Suspended Without Pay!” Trump added.