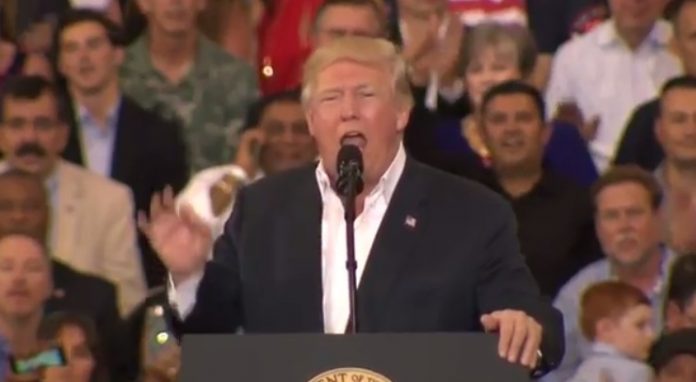 “I’m sorry I watched it, but I fell asleep,” he said. “I found he’s very good. Very good for sleeping.”

Later, Trump returned to the sentiment during an event in Fargo, North Dakota. “Isn’t this much more exciting than listening to President Obama speak?” he asked the crowd.