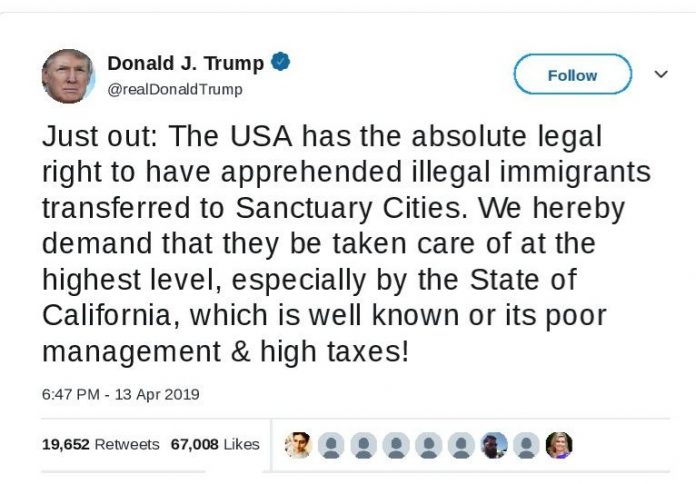 President Trump tweeted on Saturday night that his administration has the legal right to send undocumented immigrants to sanctuary cities and demanded it happen.

“Just out: The USA has the absolute legal right to have apprehended illegal immigrants transferred to Sanctuary Cities,” he wrote. “We hereby demand that they be taken care of at the highest level, especially by the State of California, which is well known or its poor management & high taxes!”

White House spokesman Hogan Gidley on Saturday told Fox News shortly before the announcement that the administration was working with DHS and ICE to try to send undocumented immigrants to sanctuary cities.

“They have said they wanted all of these illegal aliens into their communities,” Gidley said while appearing on Fox News’ “Justice with Judge Jeanine.”