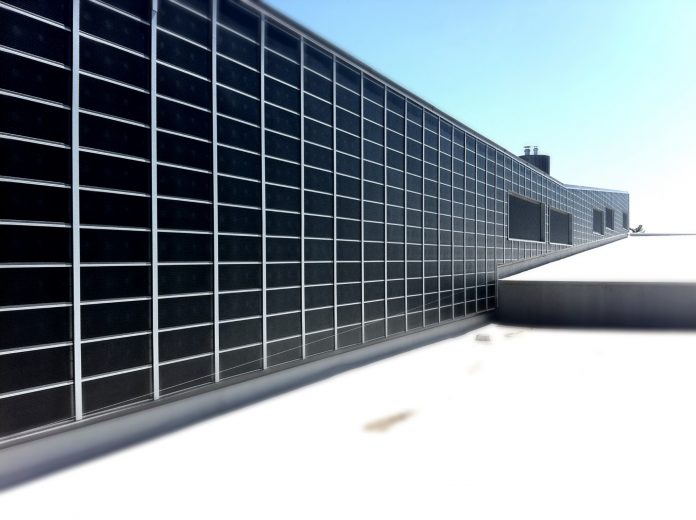 President Donald Trump has doubled down on the possibility of constructing a solar wall along the Mexico border, telling reporters aboard Air Force One on his way to Paris Wednesday night that he was “not joking” when he floated the idea last month.

“Look, there’s no better place for solar than the Mexico border – the southern border,” Trump said. “And there is a very good chance we can do a solar wall, which would actually look good.”

Construction on the border wall, Trump’s key campaign promise, has been delayed, and there is very little support among lawmakers to fully fund his pet project.

U.S. Customs and Border Protection said two weeks ago that the agency plans to select four to eight firms in the coming weeks to build the prototypes, and that the companies should complete construction in San Diego by September.

The agency had initially planned to award contracts by June 12, with construction beginning by July 21, according to a recent Homeland Security Inspector General’s report .

Trump this week scoffed at the idea of any holdup, characterizing repairs of existing border fence structures as a sign of his wall promise coming to life.

Despite his initial promise to build a continuous wall along the 2,000-mile southern border, Trump on Thursday said “you don’t need that” given the natural barriers of mountains and rivers.

The government has asked for design submissions for two types of wall: a reinforced concrete barrier wall as well as one made of an alternative material with see-through capability.

Trump said it’s vital that the wall be transparent for safety reasons.

“As horrible as it sounds, when they throw the large sacks of drugs over, and if you have people on the other side of the wall, you don’t see them – they hit you on the head with 60 pounds of stuff? It’s over,” he said.

The firms that bid on the wall and the finalists so far remain secret. More than 200 companies responded to the federal government’s two requests for proposals to build the wall in March.

“We have some incredible designs,” he said. “We are seriously looking at a solar wall.”

Ronald Vitiello, acting deputy commissioner of the Customs and Border Protection, has said that while the agency is partnering with industry to find “innovative” ways to build a wall, he did not know of any discussions with the White House about a solar-powered wall.

At a White House meeting last month Trump mentioned the idea of erecting “beautiful structures,” 40 to 50 feet high, that generate clean electricity from the sun as a way to defray the costs of the wall. He repeated his solar wall dreams at a rally in Cedar Rapids, Iowa weeks later.

But the Post reported earlier that with less than 2 percent of the U.S. population living within 40 miles of the Mexico border, most of the electricity generated by the wall would be useless – unless costly transmission lines were also built to channel the electricity to other parts of the country.

Congress has set aside $20 million in this year’s budget for the prototypes but has not appropriated any other money for the wall.