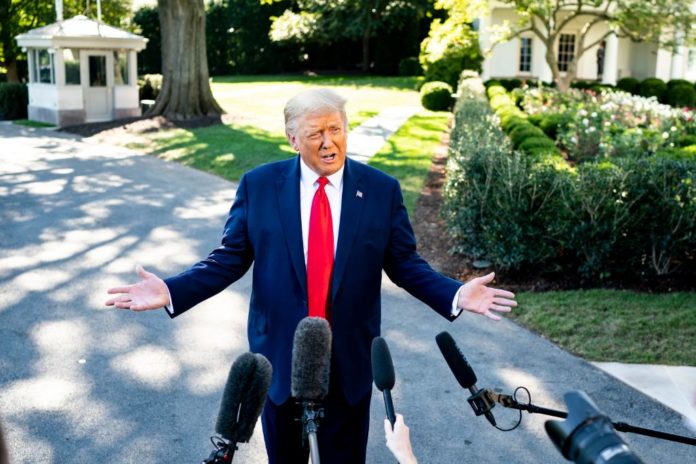 President Trump insisted Wednesday that he prevailed in the first debate against Democratic nominee Joe Biden and said he wants to continue with the two remaining such events.

“I thought it was a great evening,” Trump told reporters at the White House before departing for a campaign trip to the battleground state of Minnesota. “I see the ratings were very high and it was good to be there, felt very comfortable. I appreciate all the good words.”

Trump later claimed that Biden does not want to move forward with the next two debates, despite the Biden campaign saying Tuesday that the former vice president would continue to debate Trump.

“I hear he doesn’t want to go forward, but that’s up to him. I mean, I would like to,” Trump told reporters. “By every measure, we won the debate easily last night. I think he was very weak, he looked weak, he was whining. Yeah, we won the debate by almost every poll that I saw.”