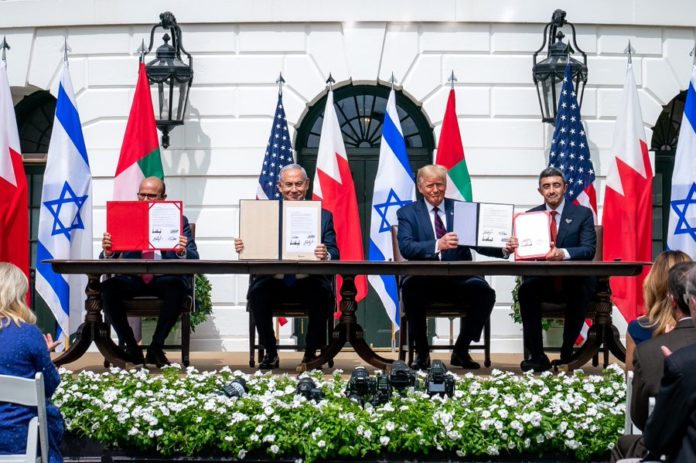 President Donald Trump said Tuesday that “five or six” more Arab countries were poised to agree to normalize relations with Israel, in line with the landmark accords struck between the Jewish state and the United Arab Emirates and Bahrain.

“We’re very far down the road with about five countries, five additional countries,” Trump said as he hosted Israeli Prime Minister Benjamin Netanyahu in the Oval Office, ahead of a signing ceremony with both Arab states for the US-brokered peace deal.

“We’ll have at least five or six countries coming along very quickly, we’re already talking to them,” Trump said.

Trump did not name the additional countries, but hinted during separate bilateral talks with UAE Foreign Minister Abdullah bin Zayed Al-Nahyan that Saudi Arabia may be on board without saying so specifically.

Listen: The Daily “Bitachon 4 Life” Burst of Inspiration on Matzav.com: Who Makes Shidduchim?

Listen: The Daily Tefila4Life Shiur On Matzav.com: What Is the Intelligence Of The Body?