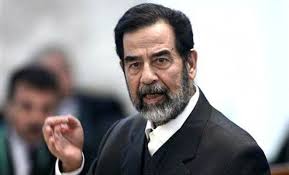 Speaking at a campaign event in North Carolina on Tuesday, Donald Trump once again praised the methods of former Iraqi dictator Saddam Hussein. While conceding that Hussein was a “bad guy,” Trump went on to laud his ruthlessness in dealing with terrorism.