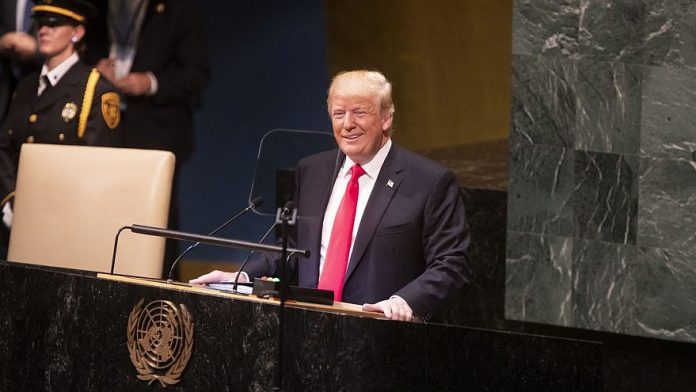 U.S. President Donald Trump said on Monday that there is a “good chance” the United States and Iran could meet at the negotiating table.

Standing alongside French President Emmanuel Macron at a joint press conference at the Group of Seven, or G7, meetings in Biarritz, France, Trump said that it is “realistic” that such talks could happen in a couple weeks as the sanctions on the regime have affected the Islamic Republic “horribly.”

There is a “really good chance we will meet,” he added.

Tensions between Iran and the United States have intensified since the latter withdrew from the 2015 nuclear deal, reimposing sanctions lifted under it alongside enacting new financial penalties against the regime.

Trump told reporters he had “no comment” on Zarif’s unexpected visit. On Monday, he said Macron told him in advance that Zarif would come.

Zarif didn’t meet with Trump or any U.S. officials.

“I thought it was too soon to meet,” said Trump. “I said I don’t want to meet right now.”

As to what happens next, Trump said “We’ll see what happens. It’s all very new,” adding that the United States is not seeking regime change in Iran.

“We’re looking to make Iran rich again,” he said. “Let them do well, if they want. Or they can be poor as can be. … I don’t think it’s acceptable the way they’re being forced to live.” 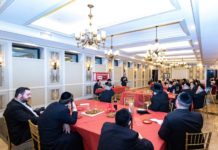