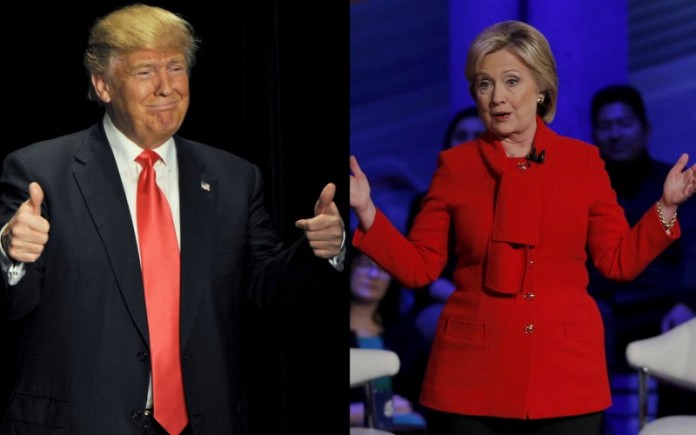 This was supposed to be the pragmatic Midwestern state that would deny Donald Trump the delegates he needs to secure the Republican presidential nomination. Yet on the eve of Tuesday’s critical primary, Indiana appeared poised to help the front-runner get closer to locking it up.

Trump campaigned Monday across the Hoosier State with characteristic gusto, boasting about his polling lead and endorsements from local celebrities and relishing a fight with likely Democratic nominee Hillary Clinton. Certain that victory was at hand, Trump predicted Tuesday’s balloting would bring the demise of top rival Ted Cruz. From here, he said, it is on to the general election.

“If we win Indiana, it’s over,” Trump declared at a boisterous Monday afternoon rally in Carmel. “They’re finished. They’re gone.”

The Indiana primary, with 57 delegates at stake, stands in the minds of many Republicans as the last major hurdle for Trump to clear. Cruz and his allies have poured every resource and maneuver at their disposal into the state in an urgent, last-ditch effort to derail the controversial billionaire mogul.

“They not only put all their chips in the Indiana basket, but they made it very clear how desperate they’ve become. They have tried everything imaginable,” said Pete Seat, a well-connected GOP operative here whose firm has advised the campaign of Ohio Gov. John Kasich, the third Republican left in the race. “It feels like this is slipping away from Ted Cruz pretty rapidly.”

On a frenetic final day of campaigning here, Cruz faced uncomfortable questions about the viability of his floundering candidacy. Although he previously held up Indiana as a must-win state, the senator from Texas argued Monday that he could sustain a loss and still force a contested party convention and wrest the nomination from Trump in Cleveland.

The last two public polls here showed Trump with double-digit leads over Cruz. Kasich – who brokered a stop-Trump deal with Cruz to bow out of Indiana so long as Cruz cedes upcoming contests in Oregon and New Mexico to Kasich – is running a distant third.

Trump has been buoyed in Indiana by two main forces. First, his populist message about trade deals that hurt workers and a “rigged” and “corrupt” political system has resonated in a state whose manufacturing economy is hollowing out. All spring, Trump has hammered Carrier for shuttering its Indianapolis furnace factory and relocating to Mexico – a plant closing that has gotten considerable local news attention.

Trump also is benefiting from his newfound aura of inevitability. Nine in 10 Republicans now think Trump will be their party’s nominee, according to a CNN-ORC national poll released Monday.

“You cannot underestimate the impact that Trump winning all counties last week in the ‘Acela primary’ had on Indiana,” veteran GOP strategist Scott Reed said, referring to five East Coast primaries that Trump swept. “A month ago, Cruz was leading Trump by 20 percent in Indiana. Trump’s wins, coupled with landing his plane in state, has driven voters into his column.”

Cruz came face to face with the forces working against him outside a campaign stop in Marion, where he approached a handful of Trump supporters who had been heckling him from across the street with jeers such as “Lyin’ Ted” and “Hey, Cruz, do the math.”

Cruz approached and engaged the demonstrators. One of them told him, “Indiana don’t want you.”

“Sir, America is a better country – ” Cruz said, at which point the man interrupted to say: “Without you.”

Cruz began the day in Osceola, where he shook hands with people at the Bravo Cafe. He signed an ironic baseball cap that copied comedian John Oliver’s anti-Trump slogan “Make Donald Drumpf Again,” then signed a copy of “The American Patriot’s Bible.”

From there, he told reporters that the election in Indiana was boiling down to a choice between crudeness and decency – “a choice about our national character” that Hoosiers could get right.

Cruz campaigned alongside Gov. Mike Pence, who confused Republicans on Friday by praising Trump at the same time he gave Cruz a lukewarm endorsement. Pence sought to make amends Monday, telling reporters that Cruz is “a principled conservative who has articulated and fought for the Reagan agenda that really brought me into the Republican Party.”

Cruz’s surrogates, including his vice presidential running mate, Carly Fiorina, fanned out to deliver a similar message. Yet a video that circulated online of her falling down at a rally Sunday in Lafayette threatened to overshadow her closing pitch to voters.

Trump told his fans in Carmel, “She fell off the stage the other day. Did anybody see that? And Cruz didn’t do anything. Even I would’ve helped her, okay?”

“That’s really cruel,” Trump added. “She went down right in front of him, and he just kept talking.”

Trump has been drawing large, enthusiastic crowds at his rallies here. Steven Shine, the longtime chairman of the Allen County Republican Party, attended events and met privately with both candidates in recent days. Shine, who has not endorsed either man, said there is no question Trump has an edge.

“I think Indiana is a very plain-speaking state and Trump is the consummate plain-speaker,” Shine said. 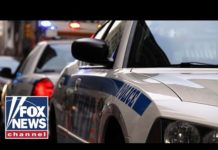 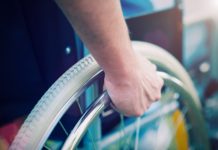 Man Is Unrecognizable After Prison Sentence 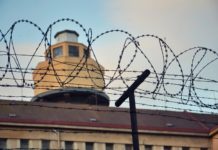 Prison Won’t Allow Jewish Man To Get MRI After Stroke