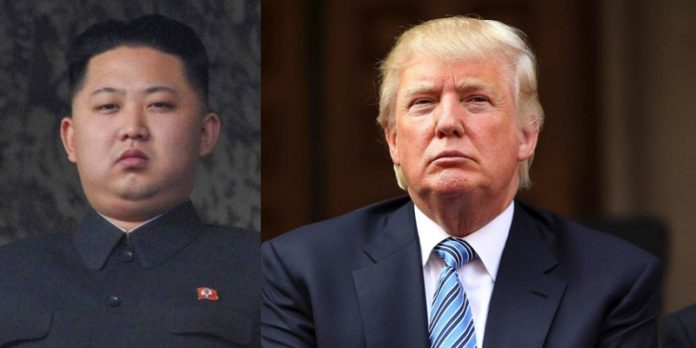 President Donald Trump on Tuesday appeared to lose faith in China’s ability to pressure North Korea, and his spokesman said the White House is “moving further away” from direct engagement with Pyongyang, throwing into question the administration’s strategy to contain the rogue nation’s growing nuclear threat.

The death of American college student Otto Warmbier in Cincinnati this week, days after his release from 17 months of detention in North Korea, has injected new political complications into Trump’s bid to persuade dictator Kim Jong Un to curb his regime’s behavior.

Trump called the treatment of Warmbier, who reportedly was in a coma for most of his captivity, “a total disgrace” and suggested that he has given up hope that Beijing could exert meaningful leverage on Kim.

“While I greatly appreciate the efforts of President Xi & China to help with North Korea, it has not worked out,” Trump wrote in a tweet. “At least I know China tried!”

Trump had placed a heavy bet on China during a two-day summit with President Xi Jinping in Florida in April, personally lobbying him to impose sanctions on Chinese banks and other entities that do business with North Korea, whose economy and military program rely heavily on financial capital from its large and powerful neighbor.

At the time, Trump said he had chosen to hold off on campaign pledges to punish China over trade disputes, in part because of Beijing’s assistance on North Korea. Xi has sought to curry favor with Trump, and the Chinese government this week invited the president’s daughter Ivanka Trump and son-in-law, Jared Kushner, to visit Beijing later this year.

But Trump’s souring views on China’s influence with North Korea could affect economic policy, including a pending decision on whether to impose new restrictions on steel imports, which could spark a trade war with China.

On Wednesday, Secretary of State Rex Tillerson and Defense Secretary Jim Mattis are scheduled to meet with Chinese officials in Washington to resume economic and security-related talks that began during the summit.

“We have been very forceful in the political and economic pressure that has been applied to North Korea,” White House press secretary Sean Spicer said Tuesday afternoon, before the president’s tweet about China. “We’ll continue to apply that. Obviously, China has played and can continue to play a greater role helping to resolve this situation.”

Foreign policy analysts have long questioned China’s willingness and ability to alter Pyongyang’s behavior and slow its pursuit of a more sophisticated nuclear weapons program that could potentially reach the continental United States.

But they acknowledged that the administration has few other options.

The Chinese “have limited capacity to do something, and I think they feel the weight of expectations beginning to burden them,” said Christopher Hill, who led the U.S. delegation in the six-party talks with North Korea during the George W. Bush administration. “Now the problem is they are really at a loss to come up with something short of direct action, which they were never prepared to engage in. I’m sure there’s a lot of serious thinking in China on this. It’s important for the Trump administration to keep the heat on.”

Senior White House aides declared early on that the administration would abandon President Barack Obama’s policy of “strategic patience,” which relied on ramping up economic sanctions and diplomatic isolation.

In an interview in the spring, Trump said he would be “honored” to meet with Kim under the right circumstances, and he proclaimed that the United States was prepared to handle the threat from Pyongyang on its own if China was unable to do so.

“It’s a brutal regime, and we’ll be able to handle it,” Trump reiterated this week.

Warmbier’s surprise release last week raised initial speculation that the Trump administration, which sent U.S. diplomat Joseph Yun to Pyongyang to oversee Warmbier’s medical evacuation, would open a direct communications channel with Pyongyang aimed at paving the way for negotiations over the nuclear and ballistic missile programs that have made North Korea an international pariah.

But Warmbier’s death has made the prospect of high-level bilateral talks, already fraught with diplomatic risks, even less politically feasible, administration officials and foreign policy experts said. Asked Tuesday whether Trump was still open to meeting with Kim, Spicer said the administration was “clearly moving further away” from direct engagement.

Trump, addressing Warmbier’s detention during brief remarks in the Oval Office, said, “It should never, ever be allowed to happen.” He appeared to indirectly blame Obama for not doing more to free Warmbier: “And frankly, if he were brought home sooner, I think the results would have been a lot different.”

A senior Japanese diplomat in Washington said that Tokyo does not believe the time is appropriate “for talks and negotiations” with Pyongyang.

“If anything, this has even strengthened our argument,” said the diplomat, who spoke on the condition of anonymity to address a U.S. policy matter. “I don’t think human life is negotiable. We should not use this incident as a kind of opening for them.”

At the State Department, Tillerson is weighing a ban on U.S. citizens traveling to North Korea, a rare step that would seek to stop the flow of an estimated 1,000 Americans who travel there each year.

Three U.S. citizens remain in detention in North Korea, and Tillerson called this week for their release.

There is no U.S. travel ban in place for any country.

“Generally, Congress doesn’t like to do that,” said Victor Cha, a Korea expert with the Center for Strategic and International Studies who served as senior Asia director at the National Security Council in the Bush administration. “They believe Americans should be free to travel wherever they want. But it’s pretty obvious it’s necessary at this point.”

Evan Medeiros, who served as the NSC’s senior Asia director under Obama, said that the Warmbier case could alter the calculus not just for Trump but also for South Korea’s new president, Moon Jae-in, who had campaigned on a platform to engage Pyongyang.

Moon is scheduled to arrive in Washington next week for a meeting with Trump.

“If the administration is smart, they’ll use this as one more reason why sanctions, isolation and coercion need to be the tip of the spear against North Korea,” said Medeiros, now an analyst at the Eurasia Group. “The question is, how does this change the trajectory? It makes the prospect of diplomacy, if that’s something the administration is seriously entertaining, much more difficult.”