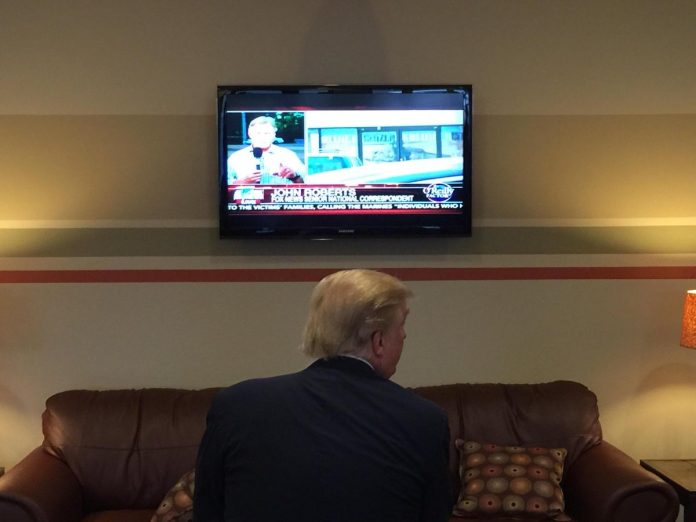 President Trump blasted the contestants in the second Democratic presidential debate on Thursday when they all declared their support for health care coverage for undocumented immigrants.

All of the candidates — including former Vice President Joe Biden, Sen. Kamala Harris and South Bend, Indiana, Mayor Pete Buttigieg — raised their hands when asked by an NBC moderator if they would support a health care plan that would cover undocumented immigrants.

“All Democrats just raised their hands for giving millions of illegal aliens unlimited healthcare,” Trump wrote on Twitter from Japan, where he is to attend the G20 Summit.

“How about taking care of American Citizens first!? That’s the end of that race!”