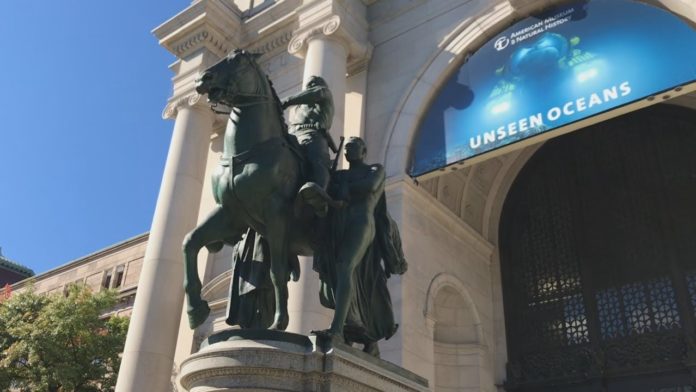 President Trump is speaking out against the removal of a statue of former President Theodore Roosevelt from outside the American Museum of Natural History.

“Ridiculous, don’t do it!” the commander-in-chief tweeted in response to the news early Monday morning, citing a Washington Times article on the subject.

On Sunday, the museum and NYC Mayor Bill de Blasio jointly announced that the bronze statue would be coming down, citing the statue’s composition itself over the legacy of the former US president.

The statue which depicts the former president on horseback while flanked by a Native American man and a black man, has lived in front the museum’s entrance since 1940.