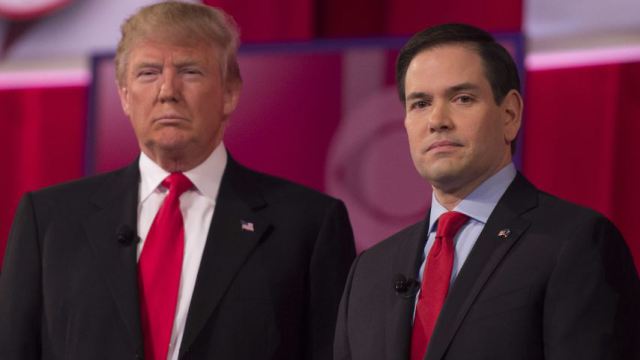 In an interview with USA Today, Donald Trump suggested that he would maybe reach out to Marco Rubio for a potential vice presidential spot.

“There are people I have in mind in terms of vice president. I just haven’t told anybody names. … I do like Marco. I do like (John) Kasich. … I like (Scott) Walker actually in a lot of ways. I hit him very hard. … But I’ve always liked him. There are people I like, but I don’t think they like me because I have hit them hard,” Trump said.

Previously, he had suggested that he’d pick a vice president with more experience than himself. Rubio and Trump left things on a bad note prior to the former dropping out of the race. Read more at USA Today.