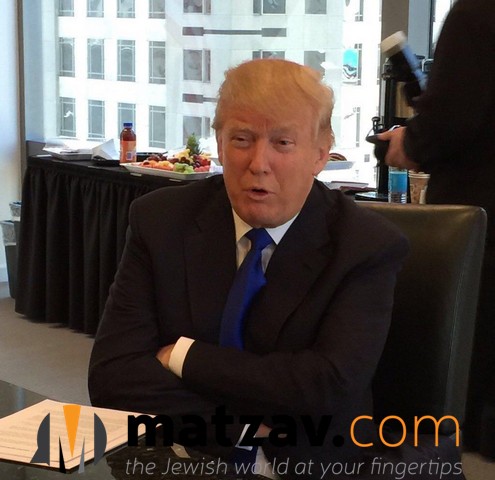 Donald Trump suggested today that “the Second Amendment people” could stop Hillary Clinton from enacting liberal policies that would be upheld by the Supreme Court justices she would nominate if elected president.

The comment came during a rally in Wilmington, North Carolina, as Trump reiterated his claim that Clinton sought to abolish the Second Amendment to the U.S. Constitution, which protects the right to bear arms.

While Clinton has proposed expanding background checks for those who purchase firearms, as well as a ban on semi-automatic weapon sales, she does not advocate repealing the Second Amendment.

Trump’s phrasing drew a swift condemnation from the Clinton campaign.

“This is simple-what Trump is saying is dangerous. A person seeking to be the President of the United States should not suggest violence in any way,” Clinton campaign manager Robby Mook said in a statement that was also posted to Clinton’s official Twitter account.

“Donald Trump Just Suggested That Someone Shoot Hillary Clinton,” spokesperson Justin Barasky said in an email. “THIS IS NOT OK.”

Trump’s campaign, perhaps sensing that a controversy was brewing, also released a statement.

“It’s called the power of unification – 2nd Amendment people have amazing spirit and are tremendously unified, which gives them great political power. And this year, they will be voting in record numbers, and it won’t be for Hillary Clinton, it will be for Donald Trump,” Trump Senior Communications Advisor Jason Miller said in a press release.

The remarks by Trump may end up overshadowing a small storm gathering around the Clinton campaign over the presence at a campaign rally in Florida of the father of the suspect in June’s mass shooting at an Orlando nightclub. Seddique Mateen was initially spotted in the crowd behind Clinton by a reporter for local television station WPTV who was covering the Clinton event Monday in Kissimmee.

After the report was broadcast it was highlighted by conservative groups and Trump supporters. The shooter in Orlando, identified as Omar Mateen, killed 49 people expressed sympathies for jihadist groups.

Clinton, campaigning Tuesday in Miami, ignored a shouted question about whether her staff should have been aware of his presence. A campaign official, who wasn’t authorized to speak publicly about the matter, said the rally was open to the public and Mateen had not been invited. The official said the campaign was not aware that he was there until afterward.