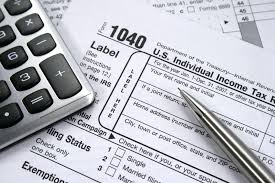 A federal judge put on hold President Donald Trump’s request for an emergency order barring House Democrats from getting his New York state tax records and gave the parties 24 hours to defuse the situation.

U.S. District Judge Carl Nichols in Washington said the order was intended to balance three interests: the president’s desire for a hearing, the House Ways and Means Committee’s contention that it is shielded from Trump’s suit by the Constitution’s so-called speech or debate clause, and New York state’s assertion that the court lacks jurisdiction over Trump’s claim against it.

Nichols, whom the president appointed to the bench in January, issued his directive late Monday afternoon after a nearly two-hour hearing on the attempt to block the information from being turned over before Trump has a chance to challenge it in court.

New York passed a law this month that allows the Ways and Means Committee to request Trump’s tax returns, giving Democrats another shot at the president’s financial records while their request for his federal returns is tied up in court.

The committee hasn’t yet made a request for the president’s New York tax information.

The parties are to report to Nichols by Tuesday at 6 p.m.