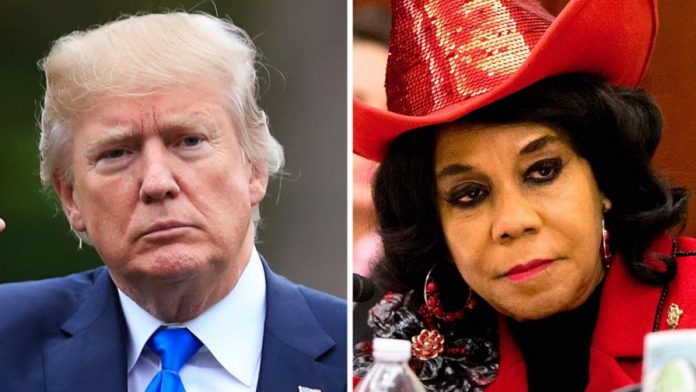 President Donald Trump on Saturday took fresh aim on Twitter at the “wacky” Florida congresswoman who criticized him over a military condolence call.

The president’s tweet was the latest volley in a White House effort to defend itself against Rep. Frederica Wilson, D-Fla., who took aim at the President by claiming he did not cal families of soldiers who were killed on duty.

“I hope the Fake News Media keeps talking about Wacky Congresswoman Wilson in that she, as a representative, is killing the Democrat Party!” Trump wrote on Twitter.

Trump also retweeted the message of a Twitter user who suggested that the media was focusing so heavily on the congresswoman to deflect attention from a story Trump has said is undercovered: the purchase of U.S. uranium mines by a Russian-backed company in 2010.

The agreement was reached while Hillary Clinton led the State Department, and some investors in the company had relationships with former president Bill Clinton and donated to the Clinton Foundation.

“People get what is going on!” Trump wrote on Twitter.