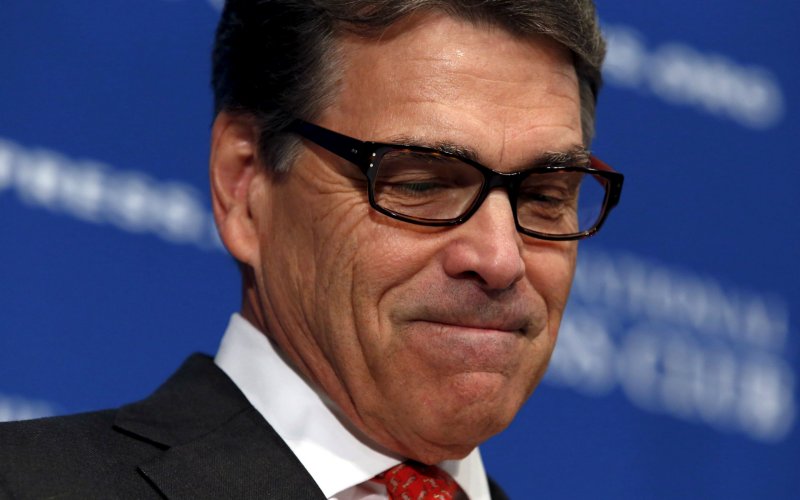 President-elect Donald Trump has picked Rick Perry to head the Energy Department, said two individuals familiar with the decision, seeking to put the former Texas governor in control of an agency whose name he forgot amid a presidential debate even as he vowed to abolish it.

Perry, who ran for president for the past two election cycles, is likely to shift the department away from renewable energy and toward fossil fuels, whose production he championed as governor while serving for 14 years.

The Energy Department was central to the 2011 gaffe that ended his first presidential bid. After declaring that he wanted to eliminate three federal agencies during a presidential debate in Michigan, Perry froze after mentioning the Commerce and Education Departments. “The third one, I can’t. Sorry. Oops.”

Later during the debate, Perry offered: “By the way that was the Department of Energy I was reaching for a while ago.”

Speaking to reporters once the event was over, he said, “The bottom line is I may have forgotten Energy, but I haven’t forgotten my conservative principles, and that’s what this campaign is really going to be about.”

Despite its name, most of the Energy Department’s budget is devoted to maintaining the nation’s stockpile of nuclear warheads and to cleaning up nuclear waste at sites left by military weapons programs. The department runs the nation’s national laboratories, sets appliance standards and hands out grants and loan guarantees for everything from basic research to solar cells to capturing carbon dioxide from coal combustion.

Four years after his first Oval Office bid, the former governor sought it once again in the big GOP field that included Trump. Perry touted the high rate of job growth and low tax rate his state enjoyed under his leadership. At one point, he dismissed Trump’s campaign as a “barking carnival act.”

The child of a cotton farmer and county commissioner from West Texas, Perry immersed himself in politics from a young age. While he was elected as a Democrat to the state legislature, he switched to the GOP when he ran for Texas agriculture commissioner.

As governor, he actively recruited out-of-state firms to Texas. In 2013, he starred in an ad that aired in California in which he declared that companies should visit his home state “and see why our low taxes, sensible regulations and fair legal system are just the thing to get your business moving. To Texas.”

Salo Zelermyer, who served as a senior counsel at the Energy Department’s general counsel’s office under George W. Bush and is now a partner at the Bracewell law firm, said Perry has proven “it is indeed possible to successfully balance appropriate environmental regulations with domestic energy production and use.”

“During his time in office, Perry embodied the type of ‘all of the above’ approach to U.S. energy production that many have advocated on both sides of the aisle,” Zelermyer added. “Rick Perry’s Texas was not only a world leader in oil and gas production; it was also a global leader in wind power and renewable energy investment.  This approach is a big reason Texas experienced such enormous job growth during Perry’s tenure.”

But environmentalists take a dim view of Perry.

“There is no doubt that Rick Perry is completely unfit to run an agency he sought to eliminate – and couldn’t even name. Perry is a climate change denier, opposes renewable energy even as it has boomed in Texas, and doesn’t even believe CO2 is a pollutant,” said League of Conservation Voters Gene Karpinski in a statement. “Not only that, he is deep in the pocket of Big Polluters, who have contributed over $2.5 million to his presidential campaigns, a disturbing sign that they expected him to protect their profits in office, not do what’s best for the American people.”

And if confirmed, Perry will walk into an agency where many career civil servants will likely be wary of him. In addition to his past pledge to abolish the department, employees there are already on edge given the fact that Trump’s transition team gave a questionnaire to DOE officials asking they identify which employees have worked on either international climate negotiations or domestic initiatives to cut carbon.

(c) 2016 The Washington Post – By Juliet Eilperin and Steven Mufson