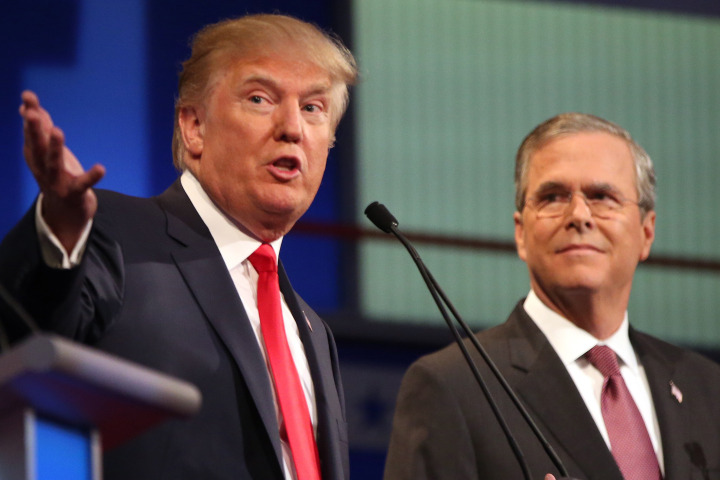 President Donald Trump plans to attend the Washington funeral of former President George H.W. Bush and is designating next Wednesday a national day of mourning in honor of the 41st president, the White House said Saturday.

Despite years of deep animosity between Trump and the Bush family, who represent divergent brands of Republicanism, Trump showered praise on Bush’s legacy as a World War II veteran and lifelong public servant.

Trump’s conciliatory gestures came from Argentina, where he is attending the Group of 20 summit in Buenos Aires. He canceled a planned news conference for Saturday afternoon, tweeting that he would not field questions from journalists “out of respect for the Bush family and former President George H.W. Bush.”

Trump was notified overnight here of Bush’s passing and was planning to speak by phone with the late president’s son, former President George W. Bush, to offer condolences, according to a statement from White House press secretary Sarah Sanders.

“President George H.W. Bush led a long, successful and beautiful life,” Trump wrote Saturday morning on Twitter. “Whenever I was with him I saw his absolute joy for life and true pride in his family. His accomplishments were great from beginning to end. He was a truly wonderful man and will be missed by all!”

The president and first lady Melania Trump will attend the funeral at Washington National Cathedral, Sanders said. “A state funeral is being arranged with all of the accompanying support and honors,” she said in a statement.

In a statement issued early Saturday by the White House, Trump celebrated Bush’s achievements in public service – from his time as a Navy pilot in World War II to his tours as a congressman from Texas, envoy to China and director of the Central Intelligence Agency, and his eight years as vice president and four as president.

“Through his essential authenticity, disarming wit, and unwavering commitment to faith, family, and country, President Bush inspired generations of his fellow Americans to public service – to be, in his words, ‘a thousand points of light’ illuminating the greatness, hope, and opportunity of America to the world,” Trump wrote.