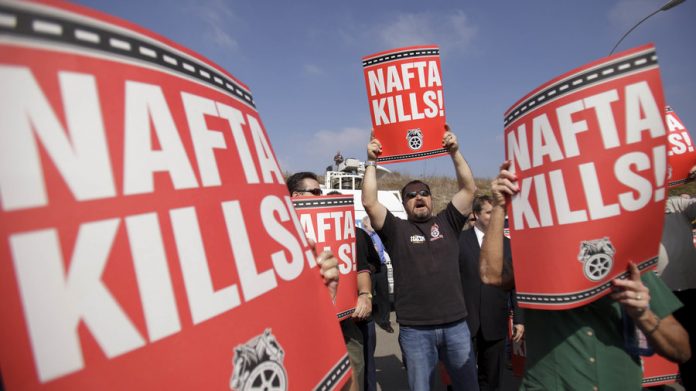 President-elect Donald Trump is planning to follow through on campaign talk of totally overhauling the world’s network of trade deals, according to a memo drafted by his transition team.

CNN reports that the administration will either renegotiate or withdraw from the North American Free Trade Agreement, and renege on deals that don’t put American jobs first.

“The Trump trade plan breaks with the globalist wings of both the Republican and Democratic parties,” the document reads. “The Trump administration will reverse decades of conciliatory trade policy. New trade agreements will be negotiated that provide for the interests of U.S. workers and companies first.” The main principles of the memo include the NAFTA overhaul, stopping the Trans-Pacific Partnership deal, halting “unfair imports,” and ending “unfair trade practices.” Read more at CNN.