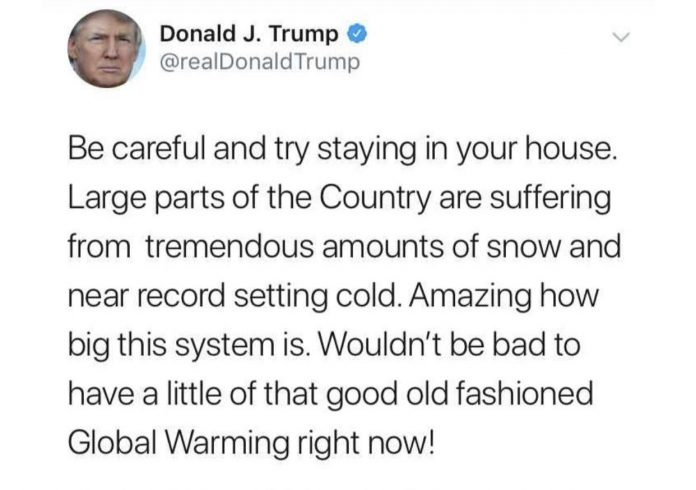 President Trump in an early morning tweet on Sunday suggested global warming could be helpful as a massive snowstorm dropped several inches of snow and sent temperatures plunging across the Midwest and swaths of the Northeast United States.

“Be careful and try staying in your house,” Trump advised. “Large parts of the Country are suffering from tremendous amounts of snow and near record setting cold. Amazing how big this system is. Wouldn’t be bad to have a little of that good old fashioned Global Warming right now!”

The president, who has repeatedly cast doubt on the existence and effects of climate change, has regularly cited significant winter storms to mock the concept of global warming. He sent similar tweets in 2017 and 2011.