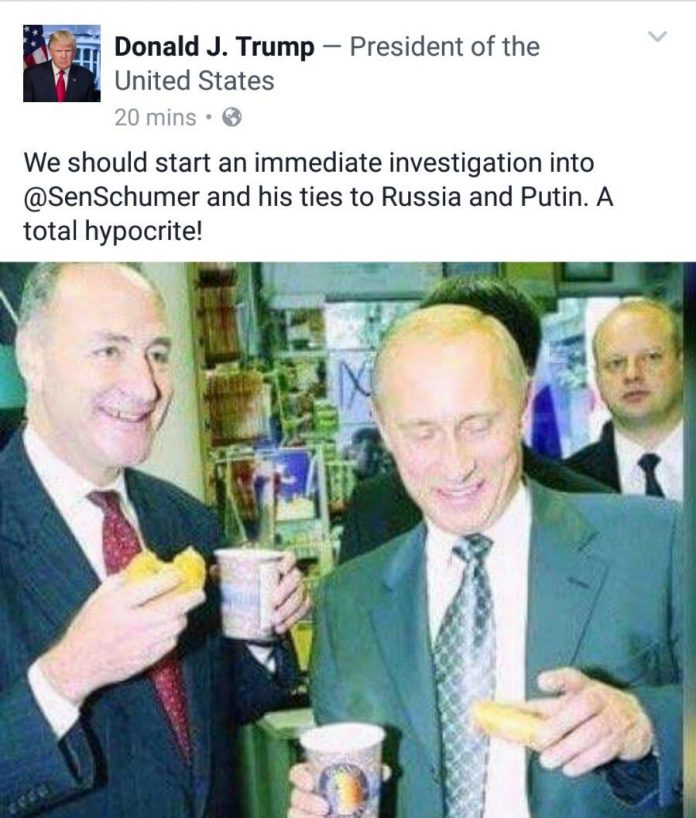 President Trump on Friday attacked Democratic calls for a probe into his contacts with Russia, tweeting a past photo of Senate Democratic Leader Charles Schumer (N.Y.) with Russian President Vladimir Putin, THE HILL reports.

“We should start an immediate investigation into @SenSchumer and his ties to Russia and Putin. A total hypocrite!” Trump tweeted.

The 2003 photo shows Schumer and Putin eating doughnuts during Putin’s trip to New York to attend the opening of a Russian gas company’s station.

The Senate Democratic leader responded to Trump’s tweet, saying he would “happily talk” about his contact with Putin while pressing Trump on whether he would do the same. Read more at THE HILL.