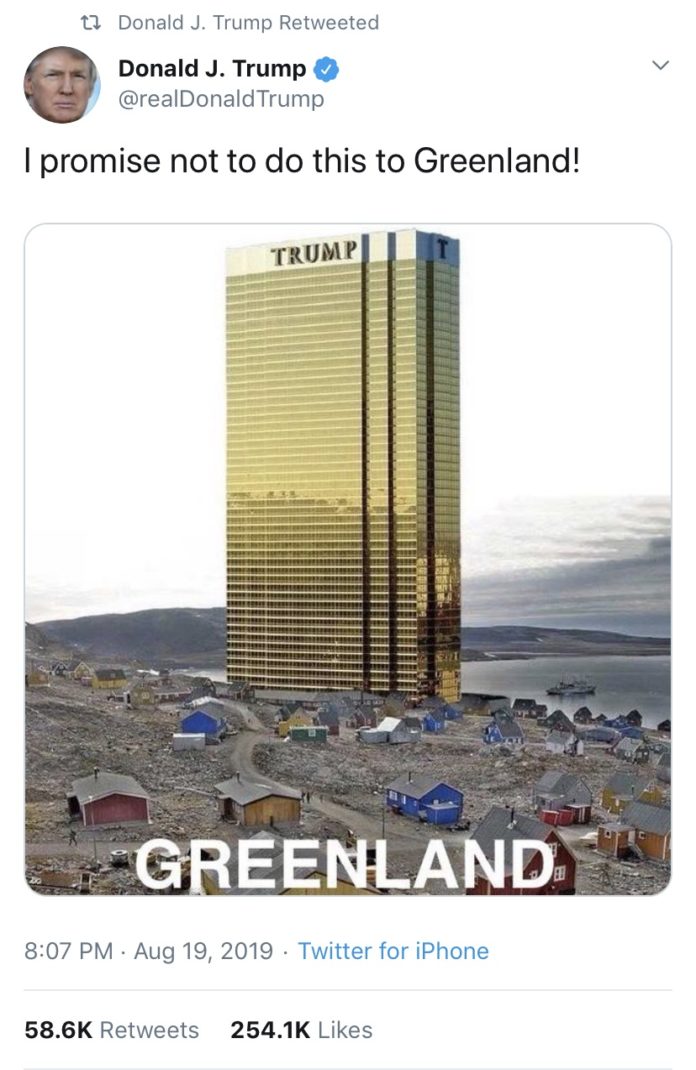 President Trump on Monday night tweeted an edited photo depicting a Trump Tower in Greenland, responding to reports that he has expressed interest in buying the island territory by saying, “I promise not to do this to Greenland!”

The tweet comes after reports that Trump has floated the idea of the United States purchasing Greenland, an autonomous possession of Denmark. Trump acknowledged the possibility himself over the weekend.

“Strategically, it’s interesting, and we’d be interested, but we’ll talk to them a little bit. It’s not number one on the burner,” Trump told reporters from his Bedminster, N.J., golf club on Sunday while comparing it to a “large real estate deal.”