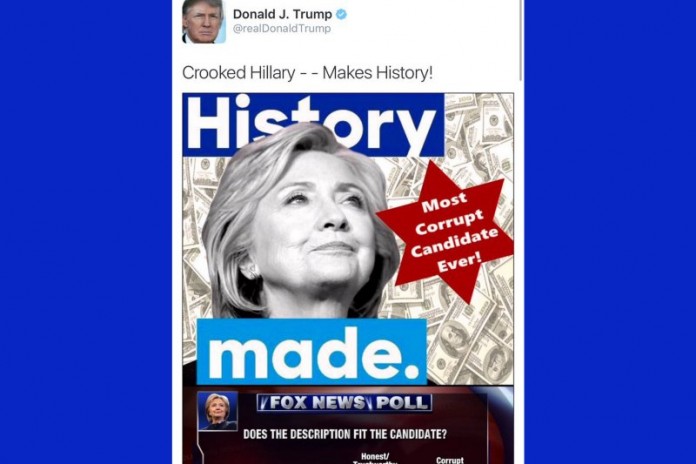 Trump sent out an image of Clinton with the caption “Most Corrupt Candidate Ever” inside a red six-pointed star.

Social media users immediately pointed out that the star seemed to be a Magen Dovid, apparently prompting Trump to redo the image. He quickly tweeted a new version without the six-pointed star, but he has yet to comment on the blunder. Read more at The Hill.