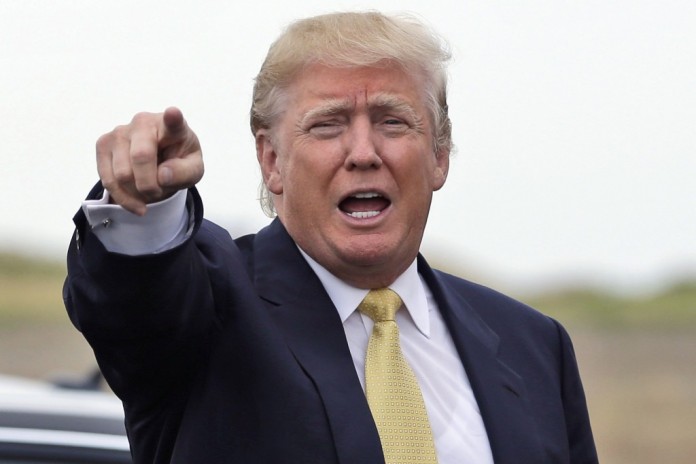 President Donald Trump sat at the bedside of Rep. Steve Scalise, R-La., who is being treated for a gunshot wound at a Northwest Washington hospital on Wednesday night.

The unannounced visit to MedStar Washington Hospital Center came hours after Scalise emerged from surgery after he was injured during a shooting at a Congressional Baseball Game practice in Alexandria, Virginia.

After his visit, Trump tweeted calling for prayers for the congressman.

“Just left hospital. Rep. Steve Scalise, one of the truly great people, is in very tough shape – but he is a real fighter. Pray for Steve!” Trump wrote.

Trump and First Lady Melania Trump arrived at the hospital at around 8:40 p.m. on Wednesday night, bringing with them bouquets of flowers for the shooting victims. They were accompanied by the White House physician Ronny Jackson.

“He entered the room, spoke with Scalise’s family, and sat by his bedside with Mrs. Trump,” White House Press Secretary Sean Spicer told reporters. Spicer said Trump also spoke with other Capitol Police officers while at the hospital.

The hospital said Scalise, who sustained a single gunshot wound to the hip, is critical condition and would require additional surgeries.

Another victim of the shooting, who the White House identified as Capitol Police Officer Crystal Griner, was in good condition as of early Wednesday afternoon. Trump also met with Griner and her wife at the hospital.

The first couple spent less than a half hour at the hospital meeting with Scalise’s wife and the medical team treating him before returning to the White House.Earlier in the day, Trump — who turned 71 years old on Wednesday — celebrated his birthday at the White House with members of his family, including his daughter Ivanka, sons Eric and Don and their spouses and children.