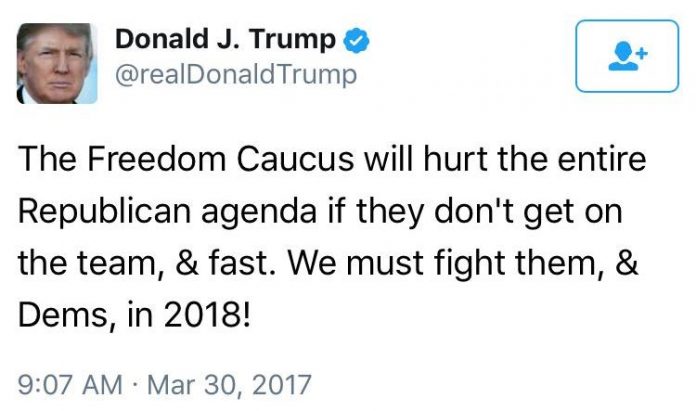 President Donald Trump on Thursday went after the House’s Freedom Caucus again, grouping the hardline conservatives with Democrats in declaring that they must be defeated. “The Freedom Caucus will hurt the entire Republican agenda if they don’t get on the team, & fast. We must fight them, & Dems, in 2018!” Trump posted on Twitter. Last week, the Freedom Caucus helped to defeat the American Health Care Act, the GOP’s legislative replacement for Obamacare.

Over the weekend, Trump accused them of working with Democrats to “save” Obamacare and Planned Parenthood. White House Chief of Staff Reince Priebus has previously said the administration is looking to move on from the health-care debacle to other issues, including tax reform. Read more at TWITTER.