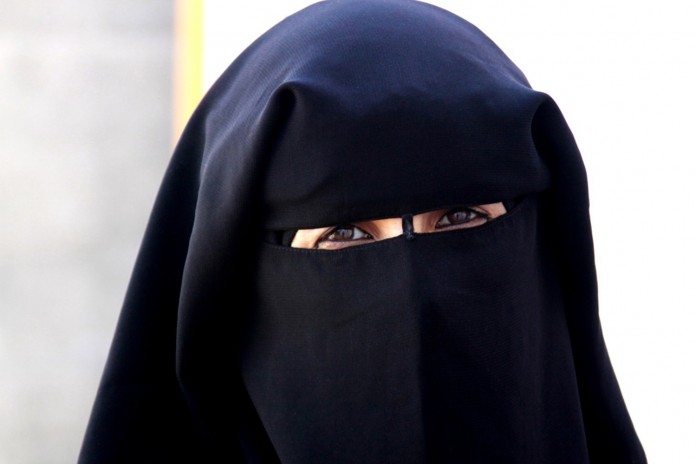 Presumptive Republican presidential candidate Donald Trump drew criticism on Thursday for responding affirmatively when asked by a supporter to consider removing people who wear hijabs from Transportation Security Administration positions, in favor of giving those posts to military veterans.

The comments came during a question-and-answer session at a town hall event in Manchester, New Hampshire.

“Why aren’t we putting our military retirees on that border or in TSA. Get rid of all these hebee-jabis they wear at TSA. I’ve seen them myself,” the woman said, mispronouncing “hijab,” a traditional veil worn by some Muslim women.

She added: “We need the veterans back in there to — they’ve fought for this country and defended it, they’ll still do it.”

Trump responded affirmatively, suggesting that he would consider her suggestion. He did not specifically state that he would seek to remove all Muslims from TSA jobs.

There are roughly 5,900 self-identified Muslims who serve in the U.S. military, according to the Department of Defense.

The real estate mogul has been regularly criticized for making inflammatory but vague statements, particularly with regards to the treatment of Muslims, which his detractors say are intentional attempts at race-baiting. He has denied those accusations. The campaign did not immediately return a request for clarification Thursday.

Trump has promoted a temporary ban on Muslims from entering the United States, a central pillar of his White House run, as a means of combating domestic terrorism. But his position on who specifically would be prevented from entering the country — and whether that may be enforced through an outright religious test or as a geography-based restriction — has remained unclear.

Earlier this month Trump was blasted by critics for seemingly suggesting that President Barack Obama sympathized with radical Islamism following the terrorist attack on an LGBT nightclub in Orlando, Florida. “He doesn’t get it or he gets it better than anybody understands,” Trump said during an interview on “Fox and Friends” at the time.

His comments carried echoes of previous statements he has made suggesting that Obama is a Muslim, and were tinged by his role as a prominent voice in the so-called “birther” movement, which raised questions about whether Obama was born in the United States. The president is a Christian and was born in Hawaii.

Trump later said that he does not believe Obama sympathizes with terrorists, but that he believes the president has shown preferable treatment to terrorist enemies than to U.S. allies abroad.