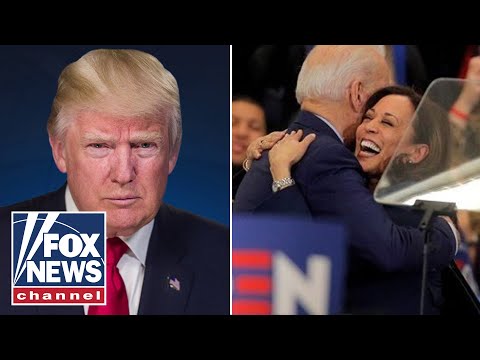 President Donald Trump says presumptive Democratic Party vice presidential nominee Sen. Kamala Harris, D-Calif., is the “most liberal person in the Senate.” He added that if she’s what the country wants, “we’ve got problems,” but he’d be “surprised” if voters pick her.