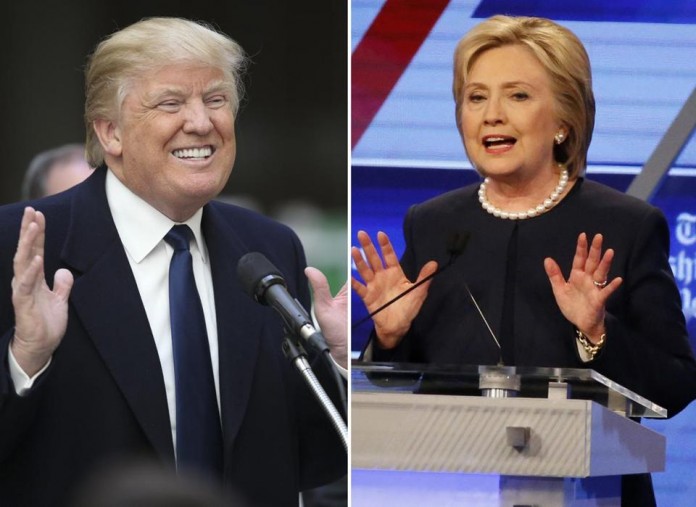 Donald Trump has been projected as the winner of the Republican presidential primaries in Pennsylvania and Connecticut, victories that continued the New York real estate mogul’s dominance in contests along the East Coast.

Those projections were made by Edison Research as polls closed at 8 p.m., and they relied on exit polls.

In Maryland, the Associated Press projected Trump and Hillary Clinton as winners, even though a few polling places in West Baltimore will remain open until 9 p.m. A judge granted a request from Rep. Donna Edwards (D), a candidate for Senate, for an extension after those polling places had opened late on Tuesday morning.

The other Democratic races were too close to call, as the first returns came in, as were the remaining Republican races.

Both parties’ front-runners hope to rack up wins that will extend their leads in the race for convention delegates.

Trump was attending the TIME 100 Gala in New York tonight with his wife. Outside, he told a CBS News reporter that he could unify the party after he locks up the GOP nomination: “It has been fractured, but it’ll be amazing how quickly it’ll be unified.”

He also encouraged Ohio Gov. John Kasich and Sen. Ted Cruz of Texas to drop out.