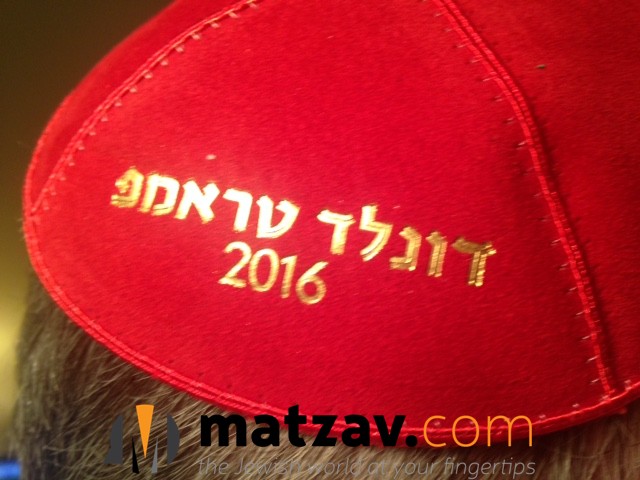 If yarmulka sales are any indication of voter attitudes, Donald Trump was the clear winner at AIPAC on Monday night.

The WASHINGTON FREE BEACON reports that Marc Daniels, a vendor selling campaign logo yarmulkas outside the American Israel Public Affairs Committee conference in Washington, D.C. on Monday evening, said the “Donald Trump 2016” cap was his most popular item by far.

Daniels said he was “inundated” with requests for the Trump yarmulkes from conference-goers and sold out almost immediately.

“I totally underestimated the degree of support that Jewish people who are attending this event have for Trump,” said Daniels, who runs an online yarmulke shop called Marc’s Garden Jubilee. “I probably had about 50 inquiries for Trump yarmulkes that I could not fulfill.”

Daniels told the BEACON that he sold two or three Ted Cruz yarmulkes and three or four for John Kasich. By 8 p.m. on Monday, the vendor said he only had Hillary Clinton and Bernie Sanders yarmulkas left over, and was finding those tougher to unload.