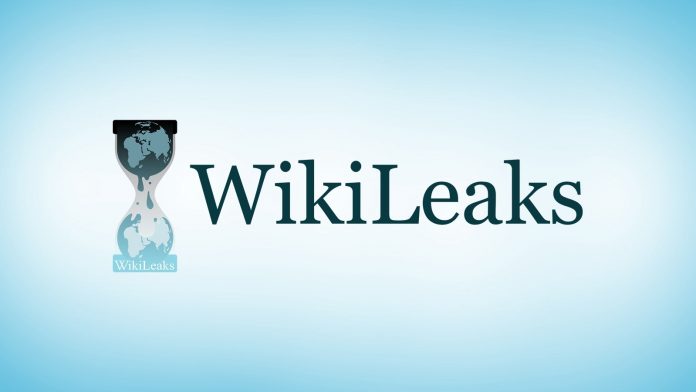 During a closed-door interview with the House Judiciary Committee on Wednesday, Hope Hicks defended the Trump campaign’s use of private Democratic National Committee and Clinton campaign emails that were hacked by Russia, then were released by WikiLeaks. Hicks, a close confidante of the president who was mentioned more than 180 times in the Mueller report, argued that the emails were “publicly available information.”

“I think that ‘happy’ is not – I don’t think that’s a fair characterization,” Hicks told one lawmaker who asked if the campaign was happy to see the WikiLeaks emails released. “I think relief that we weren’t the only campaign with issues is more accurate.”

The committee released a transcript of the interview on Thursday.

The question was among the few Hicks would answer during the seven-hour session. The White House barred her from answering 155 questions related to her time working in the Trump administration, claiming that Hicks had immunity since she worked in the White House.

Democrats called the assertion bogus, accusing Trump officials of trying to stonewall their investigations into Trump, his finances, businesses and administration. They argue that Hicks answered former special counsel Mueller’s questions about her time in the White House and tried to push her to do the same with them.

Hicks’ lawyer Robert Trout declined to comment after the release of the transcript.

Hicks worked for Trump before he declared his bid for office, served as press secretary on the campaign and then was White House communications director. Although Hicks largely stayed out of the limelight during her White House stint, administration insiders have long said Hicks had Trump’s ear in a way that many others never could. She acted as a gatekeeper of sorts and was often at Trump’s side, a witness to his most unvarnished impulses.

Hicks said that, as WikiLeaks published internal Democratic correspondence, the campaign was aware of public speculation and allegations from the Clinton campaign that Russia was behind the hacks. But she said there was “no definitive point of view” among Trump staffers as to whom was to blame. She testified that she heard Trump make comments privately that matched his public statements that raised other possibilities, including China or “somebody at home in their basement.”

Since lawmakers were blocked from asking Hicks about potential instances of obstruction of justice, they focused on WikiLeaks and the campaign. Rick Gates, Trump’s former deputy campaign manager, told Mueller’s investigators that, by late summer 2016, the Trump campaign had planned a press strategy and a communications campaign around the possible release of additional emails by WikiLeaks. Asked about that portion of Mueller’s report, Hicks told the committee she believed it would be “wildly generous” to describe the campaign’s plans as a “coordinated strategy.”

Hicks said she heard Trump privately make comments similar to those he made publicly at the time, questioning allegations that Russia was behind the hacks. She said she agrees with the assessment of the intelligence community, first released in January 2017, that Russia was to blame.

Hicks said she would not take opposition research from a foreign government, though in her answer, she swiped at the Clinton campaign for funding research that was prepared by a former British spy.

“You know, knowing how much chaos has been sowed as a result of something like the Steele dossier, no, I would not,” she said, referring to Christopher Steele, the former British spy hired by an opposition research firm working for the Clinton campaign to investigate Trump and his ties with Russia.

She added that she would call the FBI to report such an outreach if “I felt it was legitimate enough to have our law enforcement dedicate their time to it.” Hicks said that in 2015 she had clicked on a link in an email that compromised her personal email, and that made her more wary of emails from unknown senders as the campaign went on.

“So, somewhere in the dark corners of the internet, there’s lots of pictures of my family dog,” she said.

The back-and-forth frequently grew contentious, and after one break, the senior Republican on the committee, Rep. Douglas Collins of Georgia, complained that Democratic lawmakers were taking pictures and live-tweeting the closed-door meeting.

“The decorum here was botched and became . . . a photo opportunity and a show,” said Collins.

Hicks said that, since she left the White House in early 2018, she has spoken to Trump about five or 10 times and had dinner with him in April. The dinner conversation was “a reminiscing about events from the campaign, rallies, things like that.”

Rep. Ted Deutch, D-Fla., asked whether they discussed her testimony, and Hicks said no.

In the transcript, Hicks’ lawyer acknowledged that the Republican National Committee is paying her legal bills.

Among the topics Hicks would not address were Trump’s instructions that former campaign adviser Corey Lewandowski tell then-Attorney General Jeff Sessions to “unrecuse” himself from the Russia investigation, instructions he shared with Hicks around that time. Hicks told lawmakers she found the directive “odd” before counsel stopped her from going further.

Hicks also would not address the circumstances surrounding Sessions’ recusal, though she told Mueller’s team that Trump was furious with him. She also would not discuss Trump’s effort to have White House counsel Donald McGahn remove Mueller or his decision to fire former FBI Director James Comey.

Another topic Hicks avoided, per White House guidance: the resignation of former national security adviser Michael Flynn. The Mueller report said Hicks was among the Trump associates who passed Flynn a message telling him the president was concerned for his well-being – messages Democrats argue were meant to keep Flynn quiet when he was under investigation.

Hicks would also not discuss the June 9, 2016, Trump Tower meeting, when Trump campaign officials – including Donald Trump Jr. – met with a Russian lawyer after they were promised dirt on Clinton. Gates told investigators that Hicks was one of several people in attendance at a campaign meeting before the huddle, in which Trump Jr. told the others that he had a lead on negative information on the Clinton Foundation.

Hicks denied to prosecutors that she had known anything about the meeting with the Russian lawyer before 2017.