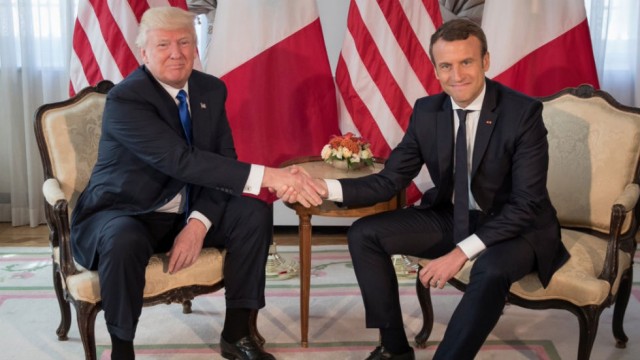 Macron invited Trump and First Lady Melania Trump to attend the parade that is held in the French capital every year on July 14. The French president’s office said the US leader promised to examine the invitation.

This year, the event will mark “the 100th anniversary of the US joining the war with French troops in World War I,” an official in Macron’s office said.

Macron and Trump also agreed on Tuesday on the need for a “joint response” in the event of another chemical attack in Syria.

They decided on the matter during a telephone call, a day after Washington said Syrian President Bashar al-Assad may be preparing another chemical weapons attack.. Read more st REUTERS.