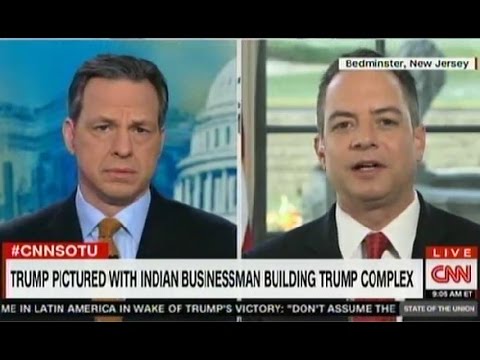 Citizens of countries suspected of harboring or training terrorists will be temporarily barred from immigrating to the U.S., Reince Priebus, the incoming White House chief of staff, said Sunday, POLITICO reports.

Speaking on CNN’s “State of the Union,” Priebus responded to questions about retired Lt. Gen. Michael Flynn’s suggestions that fearing Muslims is rational. Flynn is President-elect Donald Trump’s choice to be his national security adviser.

“There are some people within that particular religion that we do fear,” Priebus said of Islam. “We don’t believe in religious tests and … are not blanketly judging an entire religion, but, in fact, we will try to pinpoint the problems and temporarily suspend those areas from coming into the United States until a better vetting system is in place.” For countries where trouble might be festering, he said: “We’re going to temporarily suspend immigration from that country, or region, until a better vetting system is put in place.” Read more at POLITICO.