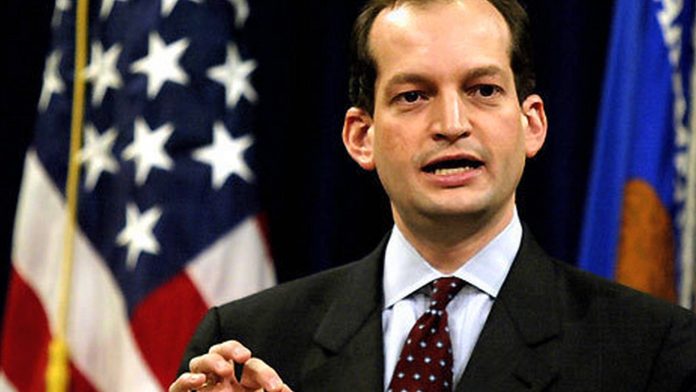 Labor Secretary Alex Acosta resigned amid the fallout over a plea deal he made with wealthy financier Jeffrey Epstein, charged with trafficking this week.

President Donald Trump announced Acosta’s resignation Friday morning with Acosta at his side. Trump said the secretary called him Friday morning to say that the decision to resign was his.

“I thought the right thing was to step aside,” Acosta said.

Trump, who had defended Acosta after Epstein’s arrest last week, praised him as a “great labor secretary, not a good one,” and added, Acosta did a “very good job.”