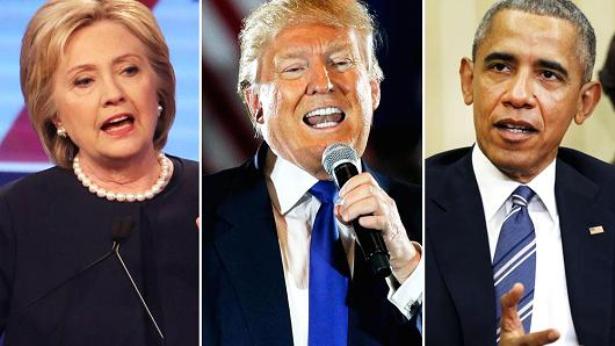 After Donald Trump on Thursday addressed the ongoing birther scandal by saying he would not address it, his campaign spokesman released a statement adressing it for him. According to Trump’s senior communications adviser, the Republican presidential nominee now believes President Barack Obama was definitely born in the U.S., the Daily Beast reports.

Despite the fact that Trump himself very publicly subscribed to the birther conspiracy theory in 2011, Trump’s campaign spokesman says the whole controversy was Hillary Clinton’s fault.  “Hillary Clinton’s campaign first raised this issue to smear then-candidate Barack Obama in her very nasty, failed 2008 campaign for President,” spokesman Jason Miller said in a statement Thursday. According to Miller, Trump not only believes that Obama was born in the U.S. but is also to thank for putting the whole scandal to bed.

Trump “did a great service to the President and the country by bringing closure to the issue that Hillary Clinton and her team first raised” Miller said late Thursday. “In 2011, Mr. Trump was finally able to bring this ugly incident to its conclusion by successfully compelling President Obama to release his birth certificate,” Miller said. “Inarguably, Donald J. Trump is a closer.” Miller’s comments came just hours after Trump himself refused to address questions about whether he still believed Obama was not a U.S. citizen, telling the Washington Post, “I’ll answer that question at the right time … I just don’t want to answer it yet.” READ MORE AT NPR.