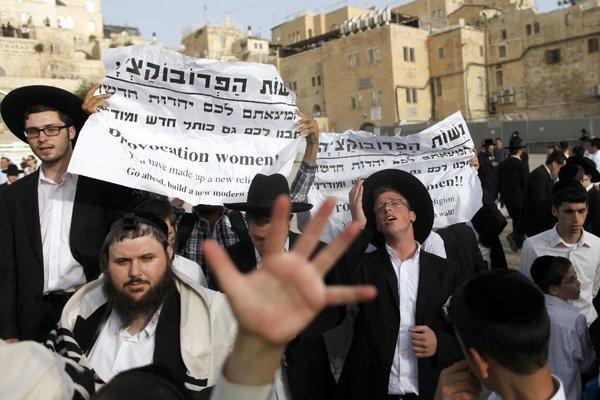 Reform and Conservative Jewish men and women showed up at the Kosel today to hold a “prayer service.” Their efforts led to all-out brawls, as those seeking to maintain the holiness of the place protested the actions of those who seek to change the status quo of the holy site.

The “Minchah service” featured a mixed-gender crowd in the back area of the Kosel Plaza.

While the attention-seeking Women of the Wall group is generally responsible for events such as these, today’s gathering was not their project.

The rov emeritus of the Old City, Rav Avigdor Nebenzahl, called on Torah Jews to protest the event.

After the gathering, the director of the Conservative Movement in Israel, Yizhar Hess, criticized the police for not doing enough to restrain protestors.