Bluefin tuna caught off the US coast have been found to containradioactive material from Japan’s quake-struck Fukushima nuclear plant, according to a new study.

Researchers found “modestly elevated levels” of two radioactive isotopes in 15 bluefin tuna caught off the coast of San Diego, California in August 2011, according to the study published online Monday by the Proceedings of the National Academy of Sciences(PNAS).

The researchers said the elevated radioactivity posed no risk to public health as the observed levels were more than an order of magnitude lower than the Japanese safety limit and were lower than other naturally present isotopes.

“We were quite surprised to find that bluefin carried both of these isotopes,” co-author Nicholas Fisher, of New York’s Stony Brook University, told CNN on Tuesday.

The study found slightly higher levels of radioactive cesium-134 and cesium-137 in the 15 tuna, compared to bluefin tuna caught in the same area before the Fukushima nuclear disaster and toyellowfin tuna — which keep to the eastern Pacific — caught before or after the accident.

The study said the results provide “unequivocal evidence” that the fish had carried Fukushima-derived radioactive material across the ocean over the course of their easterly migration.

“These findings indicate that Pacific bluefin tuna can rapidly transport radionuclides from a point source in Japan to distant ecoregions and demonstrate the importance of migratory animals as transport vectors,” it said.

The researchers emphasized that the level of cesium isotopes detected would not endanger public health, especially as they give off far less radiation than potassium-40, a naturally-present isotope found in all the fish.

“I personally would not hesitate to eat the tuna that were caught off the coast of California,” Fisher said.

The massive 9.0-magnitude earthquake and tsunami on March 11, 2011 killed thousands of people and crippled the cooling systems at the Fukushima plant, causing meltdowns in several of its reactors.

Radiation leaked into the air, soil and sea around the plant, forcing tens of thousands of people to evacuate their homes. 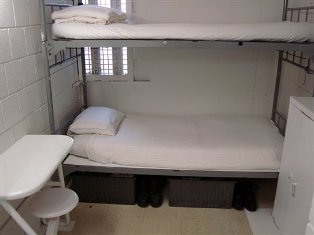