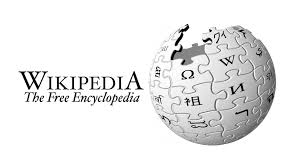 If you try to open Wikipedia in Turkey right now, you’ll turn up a swirling loading icon, then a message that the server timed out.

Turkey has blocked Wikipedia. If you’re inside the country, you can only access the online encyclopedia through a virtual private network connection to a system outside the country.

Wikipedia “has started acting as part of the circles who carry out a smear campaign against Turkey in the international arena, rather than being cooperative in fight against terror,” ministry officials said, according to Al Jazeera. It tried to show Turkey “at the same level and in cooperation with terror groups.”

The Ministry of Transport, Maritime Affairs and Communications told the Daily Sabah, a pro-government newspaper, that Wikipedia was blocked for “becoming an information source acting with groups conducting a smear campaign against Turkey in the international arena.” The ministry did not cite specific examples of offending content. Officials also said the site would not be unblocked until Wikipedia opened an office in the country and started paying taxes.

Turkish law allows the country’s leaders to ban access to websites deemed obscene or a threat to national security. A court has two days to decide whether the ban should be upheld.

This was just the latest crackdown on free speech and expression in Turkey. The monitoring group Turkey Blocks and other organizations have accused the government of occasionally blocking social-media sites such as Twitter or Facebook, particularly after militant attacks. (The government has denied this.) But according to the BBC, half of all requests to Twitter to remove offensive content have come from Turkey.

On Saturday, the government announced the dismissals of nearly 4,000 additional people from state institutions – the second large-scale purge in days. On Wednesday, officials announced that they had detained more than 1,000 police personnel who were suspected followers of Fethullah Gulen, the U.S.-based cleric Turkey accuses of orchestrating the coup.

Online, critics speculated that Saturday’s block was really an effort to hide President Recep Tayyip Erdogan’s Wikipedia page, which includes criticisms of his leadership. Others pointed to a Wikipedia page on the recent referendum that expanded Erdogan’s powers. The page has a section headlined “Controversies and electoral misconduct,” and it cites claims that the government suppressed the “No” campaign through “arrests, control of the media and political suppression.”

Wikipedia’s editors, for their part, dealt with Saturday’s ban just as you’d expect – they drafted an article about it.