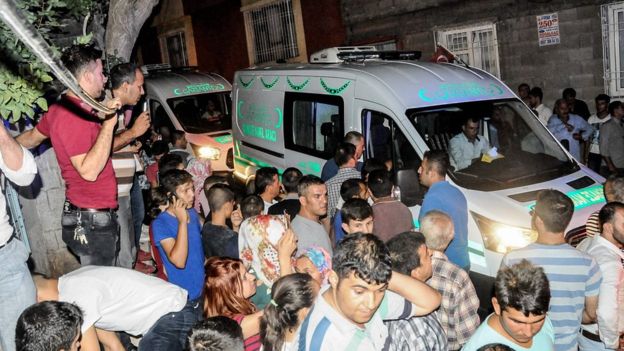 An explosion at an outdoor wedding party in the southern Turkish city of Gaziantep has killed at least 30 people and injured 94 more, the region’s governor says, BBC reports.

The Turkish government has called it a “terror attack” and suggested it was carried out by a suicide bomber. Gaziantep is 40 miles from the Syrian border.

It happened in a part of the city where many university students live, after a wedding party spilled out on to the streets. The blast was heard across town. Read more at BBC.