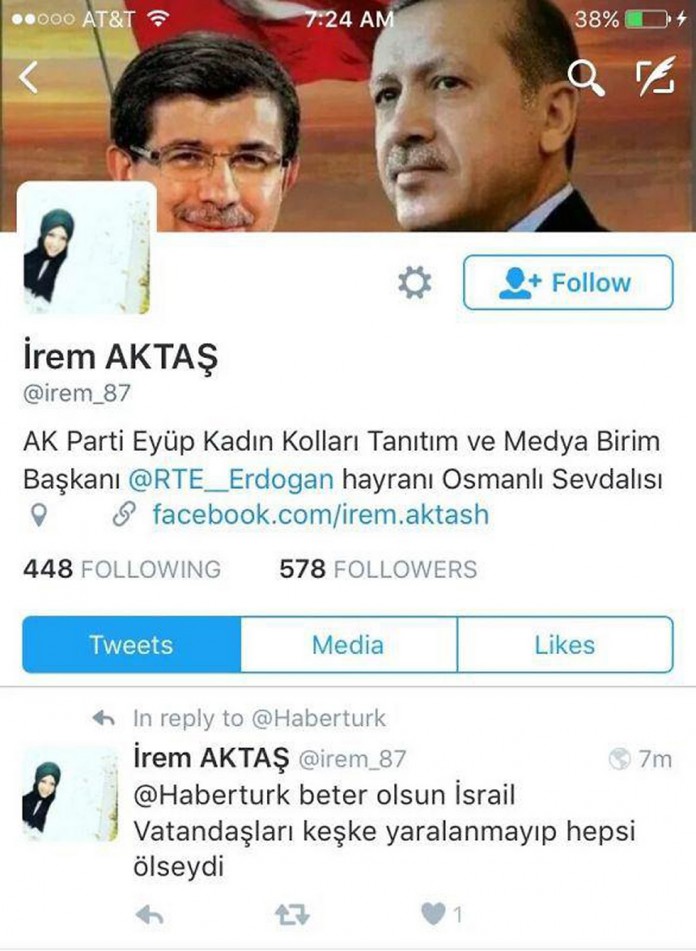 A short time after the terror attack that shook Istanbul this morning, killing and wounding Israelis, Irem Atkas, a Turkish activist and director of digital communications for Turkish President Recep Tayyip Erdogan’s Justice and Development Party, posted a shocking twee, wishing for the death of the Israelis wounded in the attack, Ynet reports.

“I hope all the wounded Israelis in the attack will die,” she wrote.

The tweet provoked many critical responses on social media and was removed shortly thereafter. Prime Minister Bibi Netanyahu instructed the Foreign Ministry to demand a condemnation from the Turkish Foreign Ministry.