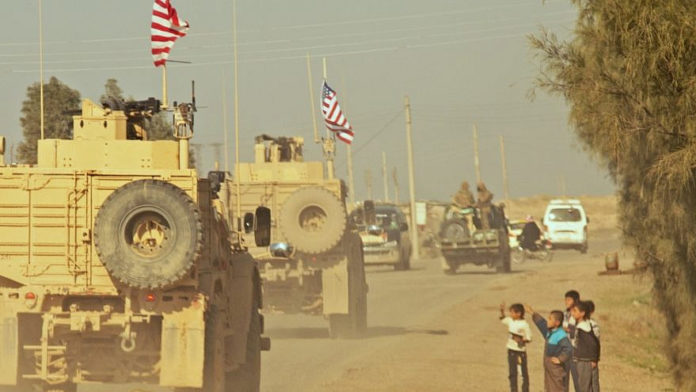 Turkey said its forces took over “designated targets” during the second day of its offensive in Syria, Reuters reported on Thursday.

The Turkish military is attacking Kurdish forces in Syria and the NATO country said it intends to create a “safe zone” to return millions of refugees to Syria.

President Trump announced on Monday the decision to withdraw U.S. troops from the Syria-Turkey border area, which opened the way for the Turkish offensive.

“Our heroic commandos taking part in ‘Operation Peace Spring’ are continuing to advance east of the Euphrates [river],” the Turkish Defense Ministry posted on Twitter. “The designated targets were seized,” it said in a later statement.

Turkey has hit 181 Kurdish militia targets with airstrikes and artillery since the operation began, the ministry said.

It shelled areas near Ral al-Ain on Thursday morning and the Kurdish-led Syrian Democratic Forces (SDF) responded, said a witness quoted by Reuters.

The Syrian Democratic Forces (SDF) posted on Twitter what it said were civilian casualties and damage from Turkish bombardments of civilian homes on villages west of Kobani.

Turkish President Recep Tayyip Erdoğan said on Thursday that “from the hour the operation started, 109 terrorists have been killed. The terrorist organization and its partisans attempted to spread a lot of fake news. Our operation is ongoing,” according to the Turkish Hurriyet Daily News.