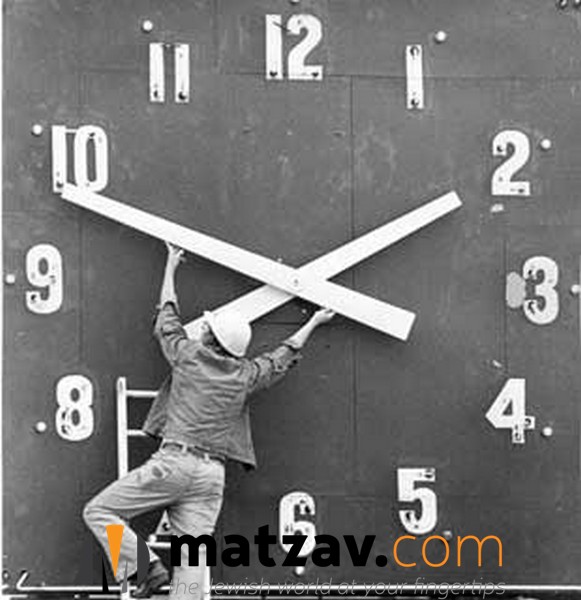 I’ve said it before, and I’ll say it again: Daylight saving time should be a permanent, year-round phenomenon. Rather than turning back our clocks this weekend to extend our pre-election suffering by yet another hour, we should simply leave the hour hand where it is and pledge to never fiddle with it again.

The social and public health benefits would be enormous. The fall transition to standard time is linked to an increase in crime that costs the country billions of dollars annually. Transitions into and out of daylight saving time are linked to disrupted sleep patterns, increased heart attack risk, and an uptick in fatal car accidents.

And last week, a team of researchers from the departments of psychiatry and political science at the universities of Aarhus, Copenhagen and Stanford added another formal complaint to the indictment against clock-turning: The autumn shift to standard time appears to be closely linked to a jump in depression diagnoses around this time of year.

For their study, the researchers examined a database of 185,419 depression diagnoses in Denmark from 1995 to 2012. Comparing the rates of depression diagnoses before and after time changes in the spring and fall, they found that “the transition from summer time to standard time were associated with an 11 percent increase … in the incidence rate of unipolar depressive episodes.”

Interestingly, they didn’t find a corresponding decrease in depression diagnoses in the spring.

“We are relatively certain that it is the transition from daylight saving time to standard time that causes the increase in the number of depression diagnoses and not, for example, the change in the length of the day or bad weather. In fact, we take these phenomena into account in our analyses,” said Søren D. Østergaard, one of the study’s authors, in a news release.

Perhaps even more surprising than the link between the fall daylight saving time shift and depression is the fact that no other studies had really examined the issue before Østergaar and his colleagues had. “To our knowledge, this is the first study addressing this specific research question,” he said in an email. Some prior studies have looked at a broader realm of mental health issues – not just depression – and not turned up any particular link.

The data, of course, is correlational and it doesn’t speak to exactly how the fall time shift might make people depressed. But the researchers have some ideas.

For starters, the lack of a similar relationship in the spring suggests that the depression diagnoses aren’t simply a result of time shifts per se, but rather something specifically related to turning the clock back in the fall.

“One possible explanation is that the sudden advancement of sunset from 6 p.m. to 5 p.m … which in Denmark marks the coming of a long period of very short days, has a negative psychological impact on individuals prone to depression, and pushes them over the threshold to develop manifest depression,” the authors write.

We know, for instance, that long days and ample sunshine are protective against depressive symptoms. The shift to standard time essentially steals an hour of daylight from the evening, when most of us are awake, and tacks it on to the early morning hours, when many of us are not. The net effect is that many of us lose an hour of daylight.

“We probably benefit less from the daylight in the morning between 7 and 8, because many of us are either in the shower, eating breakfast or sitting in a car or bus on the way to work or school,” Østergaard explains in a news release. “When we get home and have spare time in the afternoon, it is already dark.”

For a real-world check of how this actually affects people, next Monday do a tally of people grumbling in your workplace or on social media about how awful it is that it’s dark out when they leave work now.

“Furthermore,” the study authors write, “individuals having previously developed depression in the winter (as part of seasonal affective disorder) may perceive the transition from summer time to standard time as an omen of a new depression to come, which could have a depressogenic effect in itself.”

In an email, Østergaard said that trying to maximize your time outdoors, even in the bitter winter months, is one of the best things you can do if you’re feeling especially glum about the upcoming transition: “In order to prevent depression following the transition from daylight saving time to standard time we urge people to spend time outdoors when the sun is up.”

And if this doesn’t help, the best thing to do is to call your doctor. They likely have plenty of tools at their disposal to help you ride out the long nights until April.

In the meantime, policymakers could help out all of us simply by abolishing the shift to standard time and making daylight saving time year-round.