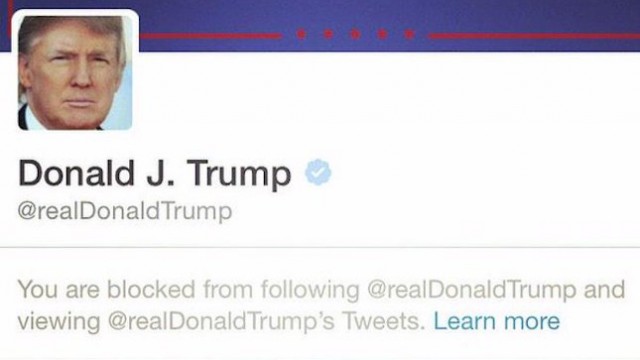 Twitter hid one of President Donald Trump’s tweets on Tuesday with a warning label – the fifth tweet from the president that the social media company has labeled in the last several weeks.

Twitter said the tweet violates its policy prohibiting abusive behavior and specifically “the presence of a threat of harm against an identifiable group.” The tweet says “There will never be an “Autonomous Zone” in Washington, D.C., as long as I’m your President. If they try they will be met with serious force!”

White House press secretary Kayleigh McEnany tweeted in response to Twitter’s labeling on Tuesday, writing, “Twitter labeled it ‘abusive behavior’ for the President of the United States to say that he will enforce the law. Twitter says it is ‘abusive’ to prevent rioters from forcibly seizing territory to set up a lawless zone in our capital.”

She followed it up with mention of the shootings in Seattle’s autonomous zone controlled by protesters. “We must have LAW AND ORDER!” she wrote.