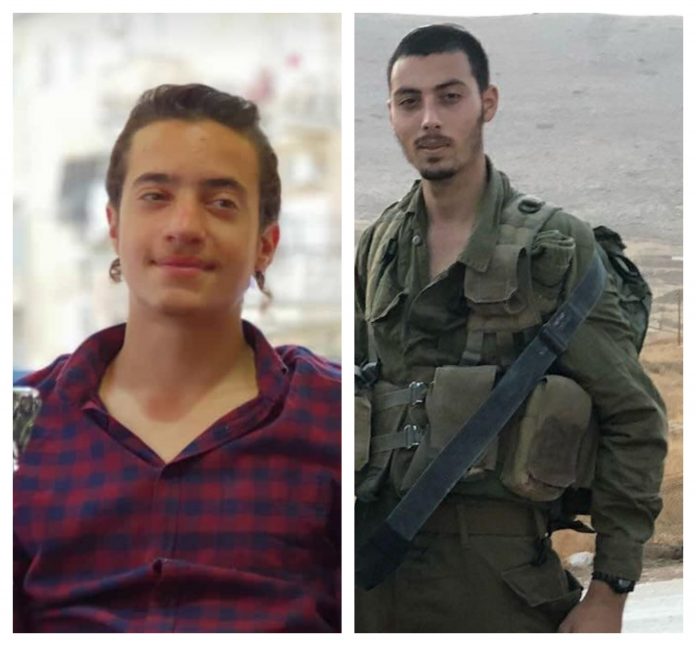 In a devastating terrorist attack on Thursday, two IDF soldiers were killed and two others were seriously wounded in Givat Assaf, just north of Yerushalayim.

The dead and wounded were soldiers in their 20s. The two wounded – a male and female soldier – were evacuated to Jerusalem’s Shaarei Zedek Medical Center and Hadassah University Hospital.

One of the soldiers murdered today during a terror attack at Givat Assaf was named as Sergeant Yuval Mor Yoseph of Ashkelon. The other was Yossi Cohen of Yerushalayim. Both of them were part of the Netzach Yehudi battalion, which is a Nachal Charedi unit.

Yosef, an ultra-Orthodox Jew was an orphan whose family lived in Beit Shemesh until recently, when they moved to Jerusalem. His father was Rabbi Eitan Cohen, Breslover chossid who was a well known dentist who treated some of Israel’s greatest leaders. Yossi’s levaya will leave tomorrow at 10:30 am from Shamgar and go to Har Hazaisim where he will be buried in the Breslov section.

Yuval Mor Yosef’s family lives in Ashkelon, and his levaya will take place at 11:00 in the military cemetery in Ashkelon.