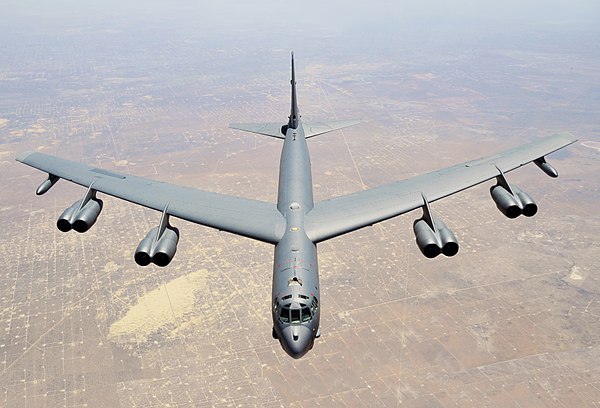 Two Russian aircraft made an “unsafe, unprofessional” intercept of a US Air Force B-52 bomber over the Black Sea on Friday, according to a statement from US Air Forces in Europe and Air Forces Africa Public Affairs.

The area is considered international waters and a region open to all nation’s aircraft.

The Russia pilots crossed within 100 feet of the nose of the B-52 multiple times and also caused turbulence to the B-52 restricting its ability to maneuver, according to the statement.

“Actions like these increase the potential for midair collisions, are unnecessary, and inconsistent with good airmanship and international flight rules,” said Gen. Jeff Harrigian, US Air Forces in Europe and Air Forces Africa commander, in the statement.