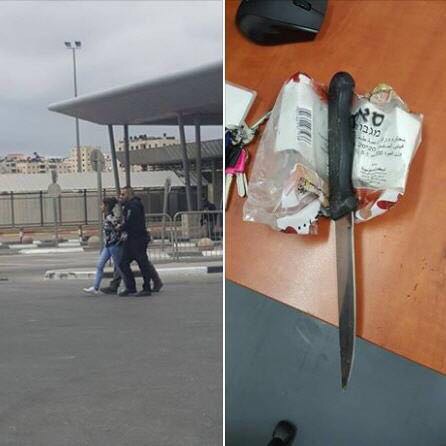 A stabbing attack took place at the Lions Gate in the Old City Shabbos. One man was lightly wounded and the attacker escaped. There is an ongoing manhunt for the Muslim Arab terrorist and the circumstances are still being investigated.

In a separate incident, a stabbing attack was thwarted when a knife wielding female Arab teen-terrorist was neutralized with pepper spray and arrested by security forces at the Qalandiya checkpoint, north of Jerusalem. No injuries were reported.