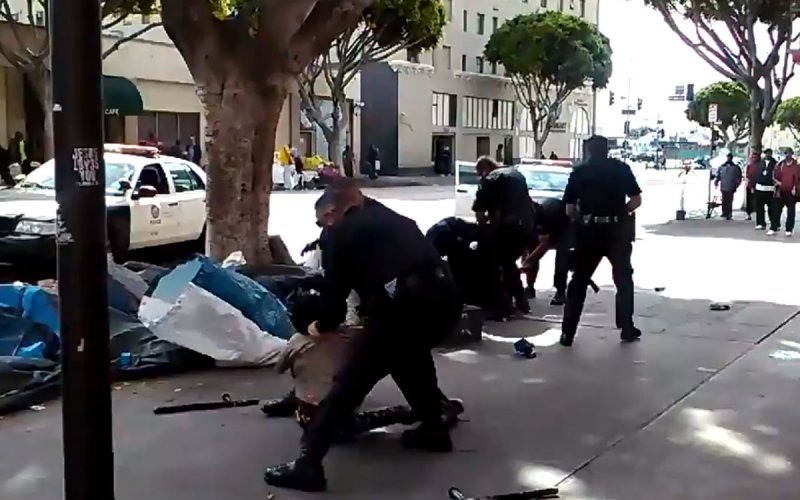 Two students were shot in a Los Angeles middle school classroom Thursday, and three others were injured, according to a Los Angeles Police Department spokeswoman.

A suspect, a 12-year-old girl, is in custody, according to Officer Drake Madison with the Los Angeles Police Department. No motive is yet known, he said.

Officer Wendy Reyes said the three other people injured were not shot and had bruises or cuts, perhaps from glass or shrapnel. Madison said one of those victims was transported to a hospital for treatment of abrasions.

The school was declared safe by police about 10 a.m.

A spokesman for the Los Angeles Unified School District referred questions to police.

Vivian Ekchian, the interim superintendent, released a statement with information about a center for families seeking information, and saying, “Our thoughts and prayers are with those who were hurt in today’s shooting incident at Sal Castro Middle School and with all the students, families and employees on the campus.”