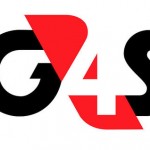 G4S is a security firm employing more than 620,000 workers in over 120 countries, including 6,000 people in Israel. Activists accused the company of providing security to prisons in Israel and the West Bank as well as equipment and maintenance services to military checkpoints.

According to reports, Labour’s National Executive Committee (NEC) in a 12-4 vote approved a resolution boycotting G4S because it has ties to what the Palestinian Solidarity Campaign describes as “Israeli prisons which hold Palestinian political prisoners from occupied Palestinian territory inside Israel,” London’s Jewish Chronicle reported.

“The Labour Party has a longstanding policy of oppositions to boycotts which the NEC’s decision directly contravenes. I am writing to the party’s general secretary, Iain McNicol, today to express my deep concern at this development,” the Labour Friends of Israel parliamentary group’s chair, MP Joan Ryan, told the U.K.’s Jewish News.