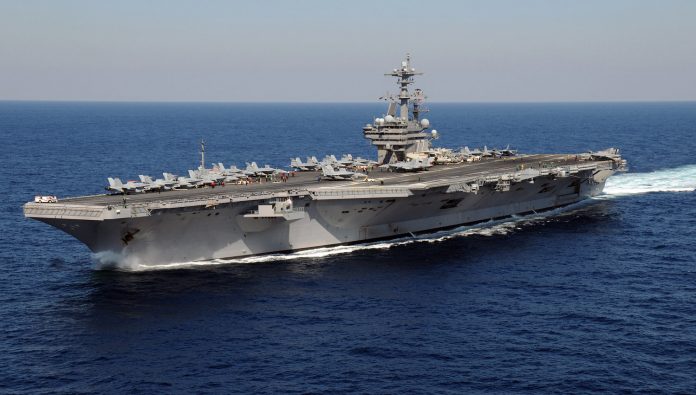 Vietnam welcomed the first visit by a U.S. aircraft carrier since the fall of Saigon in 1975, deepening defense ties between the former enemies as China presses its claims to the disputed South China Sea.

The USS Carl Vinson arrived off the central city of Da Nang Monday for a five-day visit along with two escort ships carrying some 6,000 sailors and aviators. The crew will meet with their Vietnamese counterparts, visit victims of Agent Orange, and participate in a soccer match and a concert.

“The visit marks an enormously significant milestone in our bilateral relations and demonstrates U.S. support for a strong, prosperous and independent Vietnam,” Daniel Kritenbrink, the U.S. ambassador to Vietnam, told reporters in Da Nang. The U.S. and Vietnam have “gone from former enemies to close partners,” he said.