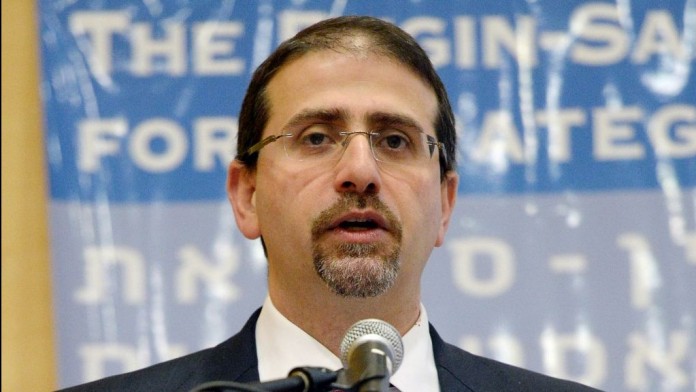 U.S. Ambassador Dan Shapiro directed harsh criticism at Israel at an Institute for National Security Studies conference in Tel Aviv on Monday. Shapiro attacked Israel’s policy towards the settlements and claimed that “too much vigilantism goes unchecked.” He also said, “At times there seems to be two standards of adherence to the rule of law, one for Israelis, and another for Palestinians.”

Prime Minister Bibi Netanyahu’s office stated that “the ambassador’s words, on a day when a mother of six is buried and a day when a pregnant woman is stabbed, are unacceptable and incorrect. Israel enforces the law equally against Israelis and against Palestinians. It is the Palestinian Authority which is responsible for the political deadlock and which continues to incite and refuses to negotiate.”

Israeli Justice Minister Ayelet Shaked told Army Radio on Tuesday: “The U.S. ambassador said a lot of positive things in his speech, but he uttered a sentence that was, to say the least, incorrect from a factual and a moral standpoint….We are being subjected to a terrorist onslaught that is simply unfamiliar to the U.S., and to pass judgment on us in such a one-sided manner is wrong.”